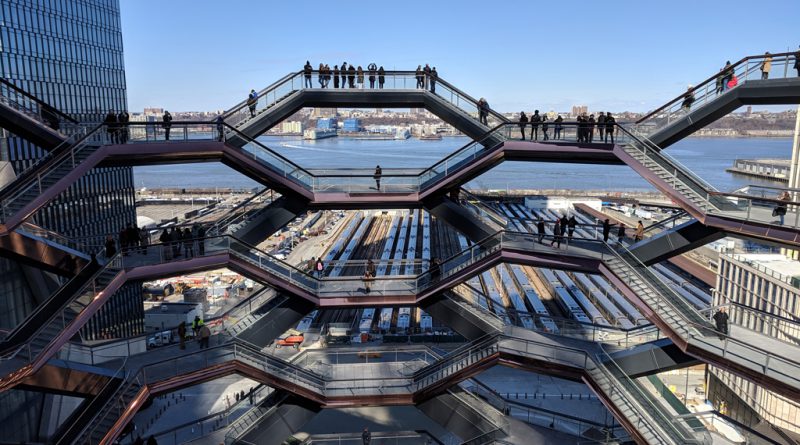 There is one Official NYC Information Center and it is run by the “NYC and Company” organization. This center has been located in various places around the New York City, but is now located in Macy’s Department Store in Herald Square, right in the center of town. There a few other NYC information kiosks scattered throughout the city and ownership and management of these kiosk locations is split between “NYC and Company” and the New York City Government.

The purpose of these NYC information locations is to enhance the experience of the New York City visitor. At each of the information locations customers can get maps, buy tickets and use the touch-screen information booths. Visitors can also talk to an information center specialist who can give some helpful advice about tours, attractions, shows, tapings and other NYC tourist related matters.

Visitors to the Information Center in Macy’s are also given a 10% Macy’s discount pass, so stopping by this center is well worth it.

There is a strong relationship between Macy’s, Herald Square and “NYC and Company”, and so it was only fitting that the new location of the NYC and Company Visitors Center would be located in their space. The opening hours of the information center are: Mon.–Sat., 10am–10pm; Sun., 10am–9pm. This NYC information center is located on the 2nd level inside Macys flagship store at 51 W. 34th St. (bet. Seventh Ave. and Broadway).

This information center is open at the same hours as Macy’s Department Store, in which it resides. Both the store and the booth are closed on Thanksgiving Day and Christmas Day, to give their staff a holiday. Normally there are at least four staff at this location and the center is operated by NYC and Company. This center is the only one in NYC that is actually inside, so weather does not affect it like the other outside information center booths.

At this information center, vertical touch screens can be utilized to help guide visitors through the city. This allows visitors to find the places they already know about, as well as highlighting some lesser known parts of the city. Visitors can even create a personalized guide and itinerary tailored for their NYC journey. This centers also offer discounted attraction passes, street maps, subway maps and brochures for all things New York.

The Times Square kiosk is open daily 8am–7pm except Christmas day, when it is open from 10am–5pm. It is closed from December 30–January 1. It is a small kiosk located in the middle of Times Square, and is usually operated by one to two staff members. Due to its central location in Times Square, this kiosk can see a lot of visitors during peak hours. The kiosk is conveniently located at the intersection of many subway stops allowing visitors to head nearly anywhere in the city.

Address: On the corner of Broadway and Park Row
New York, NY 10001

This information kiosk is run by the NYC Mayors office and can be found at the Southern tip of City Hall Park, near the corner of Broadway and Park row. The kiosk is open daily from 9 am–6 pm and is closed on Thanksgiving Day, Christmas Day and New Year’s Day. The kiosk is near City Hall, and is close to the popular tourist areas such as the Brooklyn Bridge, World Trade Center, The 9/11 Memorial,  South Street Seaport and The Woolworth Building. South Street Seaport and the Financial District are also quite close to the information kiosk.

The former official NYC Information Center was located on 7th Avenue at 53rd street and ran from 2001 until 2015. This official information center was operated by NYC and Company and cost a reported $8.5 Million to construct. This large information center was a gleaming white space with the very latest in technology and design. The project cost was extraordinarily high and all the investment was lost when the NYC and Company decided to move out of the space because of skyrocketing ground floor rents. The space is now filled by Chase bank and all the time, money and effort that went into the information center construction at this location was lost and replaced by Chase Bank signs.

June 29, 2018 multisiteeditor Comments Off on Parking Lot and Garage Tips and Scams to Avoid in New York City
things to do travel

January 28, 2019 multisiteeditor Comments Off on Things To Do In New York City For Kids
travel

February 7, 2019 multisiteeditor Comments Off on Guide to Getting Around New York City
plan your visit

June 24, 2018 multisiteeditor Comments Off on How to Avoid Bumper and Car Damage When Parking in New York City Parking Garages
NYCVB

March 5, 2021 multisiteadmin Comments Off on NYC & Company – A Complete and Revealing History and More
plan your visit

February 2, 2018 multisiteeditor Comments Off on Craft Breweries of New York
things to do

January 8, 2019 multisiteeditor Comments Off on Shopping in NYC: Where Is The Best Shopping?