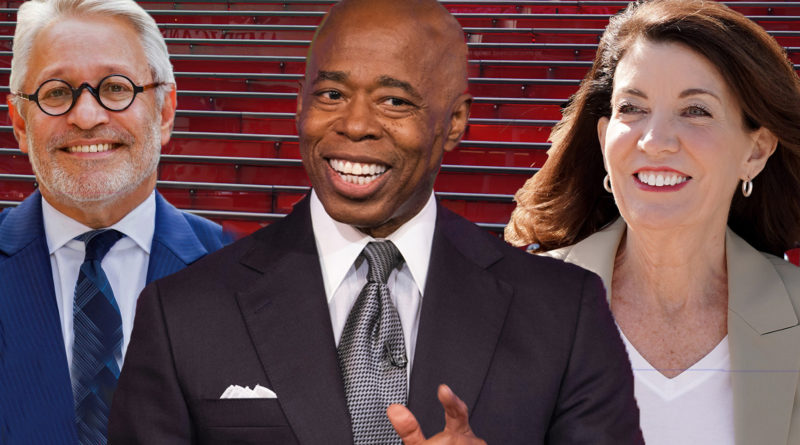 Charles Flateman is the chair of NYC & Company’s board of directors and also the executive Vice President of the oft-despised Shubert Organization. Flateman has indicated that crime in NYC is not an issue, but the crime data suggests otherwise.

New York City is currently experiencing a crime epidemic and there seems to be no end in sight. With each increase in crime, tourism takes another hit and hotel rooms, attractions and Broadway ticket sales all fall.

Charles Flateman recently projected that based on the reported $32 million in Broadway gross ticket receipts, the theatre industry hosted 272,000 attendees for the week ending 11/13/22 and is well on its way to a full recovery.

Those numbers may be true, but they are still drastically off where they should be and he is not talking about why. Adjusted for current inflation, the numbers show that Broadway is actually down 30% from pre-Covid levels and that is a big problem and clear bellwether of trouble.

Charles Flateman and his cohort, Fred Dixon (CEO of NYC & Company) would like the public to believe that everything’s coming up roses in both New York City and on Broadway, but the drastic uptick in crime and heavy police presence in the theatre district are glaring omissions from their press conference claims about the overall state of tourism in NYC.

In NYC, it’s a mess, and it’s happening under Charles Flateman’s watch and although he may be insulated from the street crime from behind the darkened windows of his luxury stretch limousine, the reality is that Mayor Adams’ NYC government has a budget deficit of over $3 Billion and big cuts are coming at the very worst time.

New York City is headed for “economic tsunami,” Mayor Eric Adams warned this week. The budget cuts are clearly going to reduce policing and when that happens, crime will escalate further.

The ultimate outcome may be tame compared to the 18 George Floyd riots that plagued NYC in 2020, where an estimated 450 businesses in New York City were looted or damaged and the city lost over $40 Million in property damage from fire, looting and vandalism.

Charles Flateman recently stated, in a puff piece (written by Rossilynne Skena Culgan) in Time-Out magazine, that “”We are, to many people, the capital of the world, and this is a must-see destination.”

Maybe what Charles Flateman meant to say was that NYC is now the crime capital of the world and people must-see the rampant crime up close and personal.

Muggings, shootings, drug dealing, rape, robbery and subway pushings, this is the crime that is currently ravaging NYC that Flateman forgot to mention.

The NYC Police have not yet been hit with the Mayor’s massive budget cuts, but when they do, its going to be curtains for any kind of public safety on Broadway.

Tourists will be long gone and it does not matter how many initiatives like “Hotel Week”, “Broadway Week”, Restaurant Week” and the ill-fated “NYC Winter Outing” that Charles Flateman and his team of sycophants dreams up. Tourists will not be coming to his party when there is rampant crime in NYC, despite how many email invites he sends from his Riverside Drive ivory tower.

Republican gubernatorial candidate Lee Zeldin came well within striking distance of Democrat Kathy Hochul during the mid-term elections, which is surprising for such a deep blue community. Many believe that Hochul’s soft stance on crime (and Zeldin’s agenda to do a lot better) is the primary reason for the too-close-for-comfort race and ultimately very close result.

Moreover, NYC mayor Eric Adams, is believed to have close personal ties with Zeldin, and was secretly hoping for Zeldin to prevail. Since that didn’t happen, constituents are now left to wonder how Hochul will crack down on crime, an issue that consistently ranks highest among voters’ top priorities, but not enough to put Zeldin in power.

The New York City crime numbers are now joining those of other well-known inner-cities like Los Angeles, Seattle and Chicago and it wont be long before NYC sees the same kind of economic downturn those cities have faced.

New York’s Governor Hochul can breathe a post-election sigh of relief— a narrow victory is still a victory— but New Yorkers still want concrete improvements and they want them now and they are clearly not getting them.

The embattled governor assures everyone that all she cares about is the state of New York and that all who live and work here deserve to feel safe. Still, she has not yet offered any timeline for actual changes and focusses instead on ‘feelings’ as opposed to ‘actions’, ‘appearance” as opposed to ‘reality’ and PR instead of jail time for criminals.

NYPD: Making Times Square a Safer Place But At What Cost?

The beefed up police presence in certain parts of the city, notably Times Square and the Broadway theatre district, is slowly but surely bleeding the NYC coffers dry.

Given the massive tourist crowds swarming the midtown streets at all hours of the day and night, the only way to protect the city’s commercial hub is to station police on every street corner. That sort of police ubiquity does not come cheap, especially when overtime compensation is thrown into the mix and the city is running out of money.

It’s a short-term solution which will eventually cost the city dearly, in dollars and the inevitable crime that will spike up once New York’s finest are more scarce after their budget gets slashed.

Charles Flateman, however will be sitting pretty on his leather seats while he instructs his driver, Carl, to drive around the crime victims that litter the NYC streets.

February 5, 2019 multisiteeditor Comments Off on Free Internet and WiFi Access in NYC
travel

July 23, 2018 multisiteeditor Comments Off on Plan Your Visit
plan your visit

March 5, 2021 multisiteadmin Comments Off on NYC & Company Management Team: Past and Now
conferences

January 28, 2019 multisiteeditor Comments Off on Things To Do In New York City For Kids
entertainment

July 23, 2018 multisiteeditor Comments Off on Conference Facilities
things to do travel

March 5, 2021 multisiteadmin Comments Off on NYC & Company – A Complete and Revealing History and More