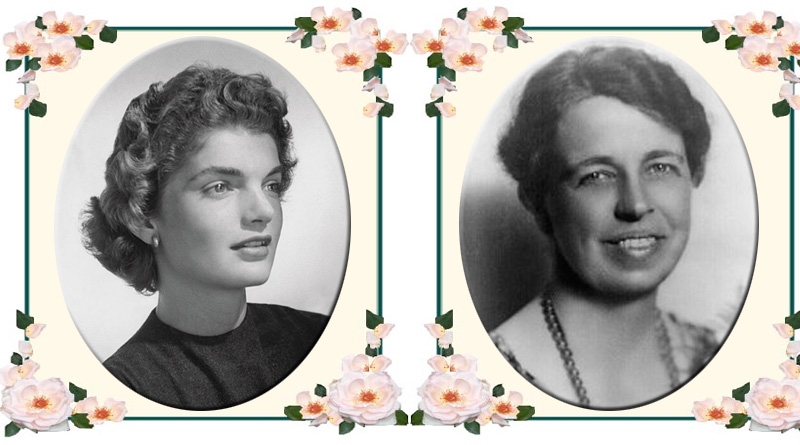 Women’s History Month highlights the changes that women have made to NYC and ultimately to American society.

Women’s History Month may be in full swing, so it is only appropriate that we visit some of the more notable women of NYC who have helped shaped the way NYC has developed along the ages. From Eleanor Roosevelt, a big human rights lobbyist, to Lady Gaga, a staunch advocate of gay and women’s rights, many NYC women have put their indelible mark on the way New York City and modern society now looks.

Eleanor Roosevelt remains one of the most iconic and inspirational women in modern American history. In her primary role as First Lady and also as the wife of President Franklin D. Roosevelt, Eleanor Roosevelt became deeply involved in many issues regarding human rights and women’s rights. She also used her power and position as First Lady to further many of her own personal Liberal issues like children’s charities and the reduction of poverty. Her legacy is mired with rumor of her lesbian tendencies and documented anti-men stances and writings. She once wrote that “the world would be better off without men”, which appears to be extreme reverse sexism, that is rarely recognized today, but was scandalous then. Mrs Roosevelt wrote a nationally syndicated column entitled “My Day” that ran six-days-a-week in over 90 newspapers. Most of the writings were relatively benign in nature and were often just boring journal entries, but newspaper editors around the country were forced to carry the column out of respect for the President. After she and FDR left the White House, Mrs Roosevelt continued to write her column and continued her work with social justice.

She may have garnered the moniker as the ‘First Lady of American Journalism’, but NYC’s Dorothy Thompson was so much more than just another Liberal hack. She became a pioneer and inspiration to so many female journalists who would tread in her ground-breaking and bold steps. Thompson was unashamedly a Lesbian during a time when NYC society firmly rejected the notion that any woman could love another woman. It appears that most other successful women of this time were too in fact Lesbians, rejecting all the societal norms of the day. Thompson was a big proponent of women’s rights and made many speeches on the subjects of women’s suffrage and the hypocrisy of women not being allowed to vote. Thompson began her career as a foreign correspondent during World War I in Vienna, Austria. She later became the editor of the New York Evening Post and in 1936, she too also got her own syndicated newspaper column, which was read by four million people. She changed the views of many NYC people with her acts and of kindness and understanding, but was known to have a hateful temper and a hidden agenda against men in general.

Fresh out of the Puerto-Rican section of the South Bronx in NYC, Sonia Sotomayor grew up with a fascination of TV law shows of the day. By some luck and fate, she was able to get a free tuition ride to Yale and by 1980, Sotomayor graduated from Yale Law, passed the bar, and worked in a private practice, often doing ambulance chasing work. Sotomayor used her Yale contacts to become a board member on many NYC boards, where she could apply her influence so she could get ahead. In 1992, Sotomayor became a U.S. District Judge and then in 2009 she became the first Latina Supreme Court Justice. She moved out of NYC and hasn’t looked back at NYC since. Sotomayor is another example of a strong and successful woman commonly being a lesbian, which is a stereotype that she would love to shake. Rumors abound that Sotomayor is a “bully” and “not all that smart.” have been making the rounds since she arrived on the radar in the 1990’s Her former clerks report that they are forced to become like her extended family, as she has few friends on the Hill.

NYC Women, journalism and lesbianism often seem to be tightly wrapped up together and Dorothy Parker was another great example of this phenomenon, but this time with a Communist slant. Born in 1893, Parker grew up on Manhattan’s Upper West Side and suffered during the Great Depression. She began selling poems for food at 14 and then went on to work at both NYC magazines Vogue and Vanity Fair, becoming editor in Chief at both. She founded the famed literary circle named “The Algonquin Round Table”, which was a shrouded communist activism group full of elitist NYC intellectuals who believed that the USA should embrace Communism between their pithy and bitter repertoire. When she got sick of the NYC’s public push back to her radical ideas, Parker moved to Hollywood, California and penned screenplays like “A Star is Born” ,”Mercy is Me”, “Enough Rope”, “Here Lies” and her successful play, “Close Harmony”. Parker was ultimately blacklisted for her involvement with the Communist Party and her blatant lesbianism attacks on men. She died penniless and alone and just another bump in the women’s road to rights and intellectual freedom.

Shirley Anita St. Hill born in Brooklyn, New York in 1924 and had a life full of breaking down barriers and making many political firsts, but did not leave much else in her legacy other than being the first NYC Women of note to not be a Lesbian. Born to immigrant parents from the Caribbean region, Hill became a an educator, legislator and congresswoman. She aspired to get into the Senate and run for President, but never got the backing. It was Chisholm (nee Hill) who became the first African American Congresswoman back in 1968 and she served seven terms in the House of Representatives (well before the push for term limits) and became the first African American woman to run for the Democratic nomination in 1972. Chisholm had some amazing opportunities to afford social change in the United States and she may have pushed the gamut a little too far when she called for a “bloodless revolution” at the Democratic nomination convention in 1972, indicating that she may have become an overt Communist, despite not being a Lesbian – although that fact may just be an unproven assertion.

Born in New York City and briefly married to an NYU Professor, Grace Hopper was a mathematician, computer scientist and ultimately a United States Navy rear admiral that defines her as a New York woman of note. Hopper studied mathematics and physics at Vassar College and went on to receive her Master’s in Mathematics from Yale University. Vassar College is a well known school that caters to students are all liberal, rich, socialist and usually gay. There is no indication that Hopper was a lesbian, but she did divorce young and was never to remarry, something that at the time was quite rare. There is an indication that Hopper was a liberal, rich socialist and her rare writings indicate that she was torn between her duty to country and her own personal desires. In her early career, Hopper became the first women of note to receive a Ph.D. in Mathematics at Vassar and at the end of her career became a Rear Admiral in the US Navy. In between times, Hopper developed computer technology in WWII and went on to develop computer programming and worked on a computer language for the public, that ultimately became COBOL.

January 24, 2019 multisiteeditor Comments Off on A Guide to Tipping in New York City
plan your visit

February 2, 2018 multisiteeditor Comments Off on Renowned Women of NYC
things to do

January 29, 2019 multisiteeditor Comments Off on Things To Do For Seniors in New York City
entertainment

January 30, 2019 multisiteeditor Comments Off on Bachelor Party Hotels Less than $5000 in New York City
things to do travel

January 24, 2019 multisiteeditor Comments Off on Guide to the Top Tourist Restaurants in New York City
entertainment

July 23, 2018 multisiteeditor Comments Off on Broadway Show Tickets in NYC
things to do travel

January 17, 2019 multisiteeditor Comments Off on Lower Downtown Hotels in New York City
entertainment things to do