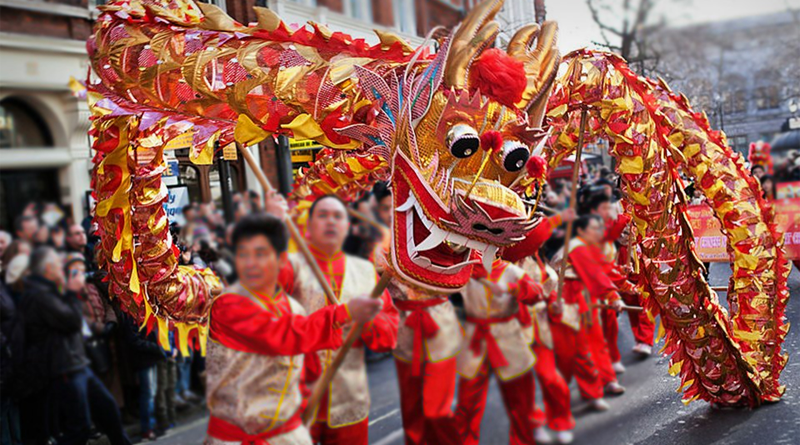 Calendar of annual parades in New York City that celebrate culture, heritage, holidays and the arts

Is often seems that New York City always has some parade or another happening someplace in the city. Sometimes it is a scheduled annual parade like the popular St Patricks Day Parade and other times it is a one-off ticker-tape parade for a local sports team celebrating them winning the trophy in their respective field (Although it has been a while since New Yorker’s had a winning team to cheer for). Below are the scheduled annual parades in a calendar form by month, showing what parades happen in which month throughout the year.

Chinese Lunar New Year Parade and festival is not on the same date every year, occurring in late January or early February. The parade route begins at Mott Street and makes its way through Chinatown. It features marching bands, floats, acrobats, dancers, and other entertainment. An outdoor cultural festival takes place after the parade on Bayard Street

Saint Patrick’s Day Parade in New York City takes place annually on March 17th and is the oldest heritage parade in the United States, having first taken place in 1762. Over 150,000 bagpipers, bands, and politicians march in the parade from 44th Street to 86th Street on Fifth Avenue.

Easter Day Parade and Easter Bonnet Festival takes place on every Easter Sunday in March. Fifth Avenue is closed off from traffic from 49th to 57th Streets, from 10 a.m. to 4 p.m. for a “parade” that is not a typical organized parade, one without marching bands or floats. Revelers wearing elegant or outrageous Easter bonnets and costumes casually stroll the streets.

Tartan Day Parade is an annual Scottish heritage celebration featuring kilted bagpipers and drummers marching up Sixth Avenue from 44th Street to 59th Street. The parade happens during the first week of April.

New York Dance Parade unites dancers and dance troupes on the Saturday before Memorial Day to perform nearly 40 different genres of dance down Broadway and across St. Marks Place. The New York Dance Parade concludes in a city park with public dance workshops and performances.

The German-American Steuben Parade is held in New York City every third Saturday in September starting at noon, and runs along Fifth Avenue from 64th Street to 86th Street. For over 50 years, the parade has celebrated the German culture with crazy costumes, floats, music, and dance. The parade finishes in Central Park at the German-American Friendship Party, the largest beer festival in New York with German brand beers and traditional German food for tasting.

The West Indian-American Day Parade on Labor Day is one of Brooklyn’s largest parades, attracting millions of spectators to watch the festivities, a carnival modeled after those in Trinidad and Tobago. This New York City parade has music and dance, floats, and people in colorful Caribbean-inspired costumes and headdresses.

Macy’s Thanksgiving Day Parade is a three-hour extravaganza starting at 9 a.m. on Thanksgiving Day, attended and watched at home by millions. The two-and-a-half mile long parade begins at 77th Street and Central Park West, and ends at Macy’s at 34th Street and 6th Avenue. This parade is famous for its enormous helium-filled balloons and over-the-top floats. Songs from Broadway shows are performed in front of Macy’s during or at the end of the parade route.

The NYC Veteran’s Day Parade annually honors those who serve and have served for the United States on November 11, from 11 a.m. to 2 p.m. on Fifth Avenue starting at 23rd Street and ending at 59th Street. Participants include armed service members, veteran’s groups, and their families.

January 17, 2019 multisiteeditor Comments Off on Midtown West Hotels in New York City
things to do

January 16, 2019 multisiteeditor Comments Off on Are the Best Spa Treatments Actually Outside of New York City?
things to do

January 23, 2019 multisiteeditor Comments Off on NYC Parking Tips
things to do travel