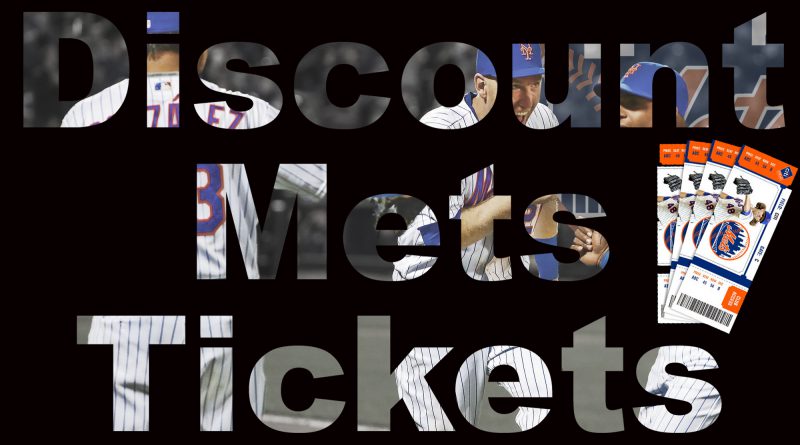 How to see the Amazin’ Mets at Citi Field For Less

After a extended period of less-than-stellar performance, in which the Mets finished with a losing record for 6 consecutive seasons between 2008-2018, The Mets turned their fortunes around and culminated the 2018 season with a World Series appearance. Despite the ultimate loss at the 2018 World Series, the Mets fans felt collective optimism toward the team, as the core was built around young pitching that were under contract for several more years. As the team’s success grew, so did expectations and fan interest. Discounts to Mets tickets, which were once plentiful became a more difficult to find. However, here are some methods to still find Mets tickets at a discounted price.

The Mets have a fan club called “Club Mets”, memberships are available for $19.95 a year. In addition to a package of promotional materials and discounts to Mets memorabilia, members are given access to a “members-only website” which occasionally provides details regarding discounted tickets and flash ticket deals not available to the public. The membership itself also includes “special ticket opportunities” and two complimentary Promenade Outfield Tickets (which usually sell for a minimum of $14.00 per ticket, thus covering the cost of the initial membership price). The Club Mets membership is an affordable method for fans to have access to discounts not available to the general public, and given that the membership provides two complimentary tickets, the cost of the membership is essentially a wash.

Group Discounts To The Mets

If you are able to gather a group of 15 or more persons, you can enjoy special benefits, which include: savings off of individual Mets game ticket prices, no per-ticket fees, group greeting on the scoreboard, and dedicated support from Mets Ticket Sales representatives.

Aftermarket Tickets on StubHub or Seatgeek

Even the most die hard season ticket holders are usually unable to make it to all 81 home games. Those with season tickets who decide to sell the unused tickets provide an invaluable commodity to frugal Mets fans. Typically, fans who want to save the most money browse these aftermarket ticket websites as close to the game as possible, even on the day of the game, and purchase tickets from the season ticket holders. Those who already have tickets, but are unable to go, maybe forced to sell their tickets for pennies on the dollar, in order to avoid a total loss. While this method can provide the best value, it is not foolproof and it is not guaranteed to be cheaper than a face value ticket. Other extraneous factors, such as the opponent’s projected starting pitcher or weather concerns may play a role in the popularity, or price, of a secondary market Mets ticket.

A Game of Speculation

It is essentially a game of speculation, in the best case scenario you can score great seats for a fraction of the price. At worst, popularity is high and the secondary market will be inflated relative to face value tickets.

Since 2014, Dunkin’ Donuts has held a promotional deal where Dunkin’ Donuts patrons can pick up a promotion card at the coffee store and plug in the corresponding promo code online for the discount. For the buy-one-get-one-free offer, the code (which is “donuts”) reduces the ticket price for select seats by 50%. Ticket buyers using the code can buy the seats at 50% discount. This offer also allows someone to purchase just one ticket (or any other amount) at 50% off. This promotional code was popular when the Mets were struggling, but now, with their recent success, the offer has become too popular and The Mets have limited the amount of inventory for these discounted seats, often resulting in a sold-out situation. This offer is usually limited to only the cheaper seats, i.e. the promenade seats, which include the outfield, and the “nosebleed” section.

With Citi owning the stadium rights for the Mets’ Stadium, Citi offers their own card members some great perks for Mets Games. Citi Card holders can save up to $10 on tickets for every Sunday home game, specifically they can save $10.00 per ticket on Baseline Box tickets and $6.00 per ticket on Bud Light Landing and Promenade Outfield tickets, of course, these offers are subject to availability and the transactions have to be made either online or at the Citi Field Box office ticket window using a Citi Card (either a Citi Credit card or debit card will suffice). There is a maximum limit of 13 tickets per transaction and ticket brokers have been known to get hundreds of Citi cards just to take advantage of this discount promotion.Follow Mets Social Media PagesWhile not the most efficient way to get a discount ticket, keeping tabs on the club’s official social media pages (Facebook, Twitter, Instagram, etc.) can occasionally bring about a notice for promotional deals and flash discounts/giveaways that are sure to only be available during non-peak games. During last season there was ten flash sales of discount Mets tickets where the great tickets to the Metropolitan Gold section were sold for half off, bringing the price per ticket to $80.

Ballpark AppFans already in attendance at a Met game have the option to upgrade their seats, by using the MLB.com ballpark mobile phone application. Season ticket holders are given priority as they can upgrade their seats one hour before the game starts,  multi-game plan holders can upgrade 45 minutes prior, while individual game ticket buyers can upgrade as soon as the game begins. According to MLB, the price to upgrade will be less than the face value of the upgraded ticket (as the consumer will be enjoying the seat for less than 9 innings), however, depending on the price difference, this method could potentially be great value to those who enter into the stadium at minimally priced tickets, then wait a couple of innings before upgrading to more premium seat. As the game progresses, the price comes down, but the Mets will not allow the prices to fall too low, as the season ticket holders will complain, so true market value for the seats are never achieved. This price protection is similar to the NFL Ticket Exchange where they will never allow the tickets to be sold on their website to fall below face value. The Mets will often prefer to leave a seat empty, than to upset the season ticket holders.M&M’s Sweet SeatsThe M&M Sweet Seats are located just above the left field home run wall and the unique space accommodates up to 102 guests. The area is assigned only to groups (minimum of 15 people needed). For exclusive use, all 102 tickets need to be purchased for a group, otherwise the space is shared by multiple groups. This section’s seating includes barstools, regular ballpark seats and is accessed via the Field Level concourse. Every ticket includes food and a beverage (including alcohol), and the area is attended to by the wait staff. This ticket is not officially discounted, but it is a special experience that many people feel should be priced a great deal higher than it is.

January 29, 2019 multisiteeditor Comments Off on Helicopter Tours in NYC
plan your visit travel

July 23, 2018 multisiteeditor Comments Off on NYC Hotels
plan your visit

January 18, 2019 multisiteeditor Comments Off on Wall Street and Financial District Hotels in New York City
things to do

March 5, 2021 multisiteadmin Comments Off on NYC & Company – A Complete and Revealing History and More
things to do

January 24, 2019 multisiteeditor Comments Off on Hotels on the NYC Thanksgiving Day Parade Route