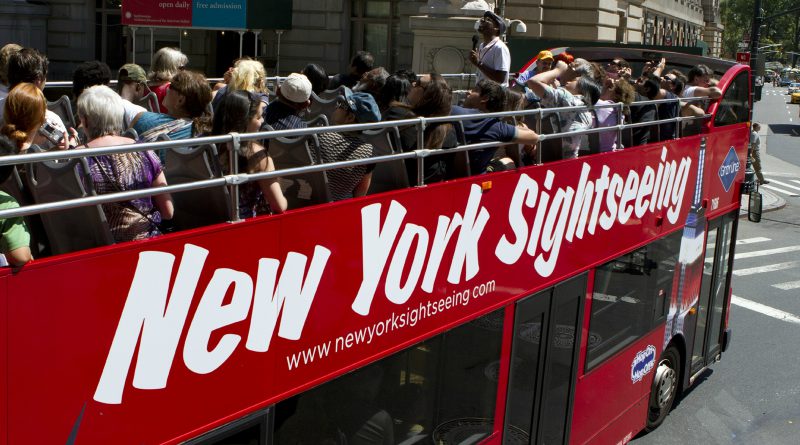 A Guide To The Double Decker Bus Tours in NYC

Care to indulge in the cliché tourist activity of viewing New York City from atop a double-decker bus? There have been so many companies trying to get into this business, that it seems every couple of years its a new crop of buses springing up on the streets.

Currently operating a tourist double decker service around New York City, with hop-on and hop off- at city bus stops. You can also see sales personnel on every street corner in Times Square hawking the service. Enjoy this Double Decker tour with over 50 Hop On – Hop Off stops. Tours include Downtown, Uptown, Night and Brooklyn Loops. plus a discounted ferry ticket to Statue of Liberty. They also offer a fully escorted city tour by motor coach. Tour includes: Lunch Ferry ticket to the Statue of Liberty and admission to the World Trade Center Memorial.

One minute this bus company was here, the next it was gone. The phone numbers now rings at their competitors offices and tourists have long forgotten about this NYC start up bus company. Coming soon NYC Hot Dog Bus Tours.

Not actually a double decker bus at all, but this amphibious bus roamed around NYC and should get an honorable mention. After picking up tourists along its route it would then would take a dunk right into the Hudson River. Much like all the other duck tours in many other cities (including Boston), this Gray Line version was a lot of fun and tourists loved being gawked at by the locals, while driving around in this ridiculous looking bus/craft. Problem was the fast-flowing Hudson River is no safe place for pretenders and the Coastguard wouldn’t let the craft into the water for fear of it capsizing and killing all the tourists. Would have been a NYC PR nightmare for the city and Gray Line bus tours, so they dodged a bullet.

It all began when the New York Apple Tours sightseeing company brought the first double decker buses to NYC in 1996. They were old buses shipped directly from London and they were a little run down, but had lots of charm. They lasted for five years in NYC, but had problems with the quality of the spares that they had for their old London double decker buses. After a local mechanic used an inferior quality nut on a bus wheel repair, the wheel then fell off when taking a corner too fast. It wasn’t far behind that New York City took away their license to transport passengers and then all their wheels fell off the company, but they are remembered as being the first double decker bus company in NYC and certainly not the last.

January 18, 2019 multisiteeditor Comments Off on Things To Do In New York City – For Under $10
travel

June 29, 2018 multisiteeditor Comments Off on Parking Lot and Garage Tips and Scams to Avoid in New York City
things to do

December 21, 2018 multisiteeditor Comments Off on Free Family Fun in NYC
plan your visit