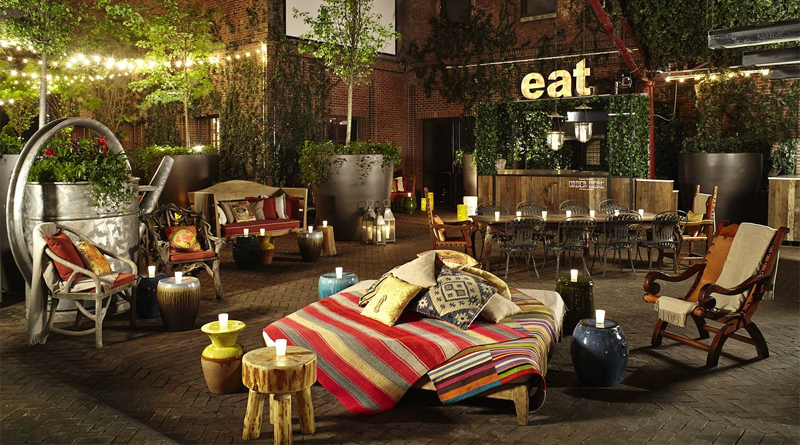 If you are looking to stay near the Lincoln Center, Columbus Circle, or Central Park use our guide to find great hotels on the Upper West Side.

The Upper West Side Neighborhood

The Upper West Side neighborhood in New York City, located between Central Park and the Hudson River from 59th to 110th Street, is mostly residential and regarded as upscale with affluent actor and artist types living here. Among Upper West Side hotels are streets lined with gorgeous brownstone apartment buildings, and its skyline is dotted with two-tower luxury apartment buildings, like The San Remo, The Eldorado, and The Majestic, all home to notable names.

Attractions Near the Upper West Side

There are many attractions near Upper West Side hotels. The Lincoln Center for the Performing Arts is located here, home of The Metropolitan Opera, The New York City Ballet, and New York Philharmonic. The American Museum of National History, The American Folk Art Museum, and The Children’s Museum of Manhattan are worth a visit while staying at Upper West Side hotels. The Dakota, where John Lennon once lived and was murdered in front of, is also an Upper West Side attraction. Columbia University and Barnard College are just north of the Upper West Side in Morningside Heights, Fordham University has a Lincoln Center campus, and John Jay College of Criminal Justice is near Columbus Circle. Columbus Circle, a traffic circle and transportation hub at the southwest corner of Central Park, is a landmark in New York City with its marble statue of Christopher Columbus at center, and the Time Warner Center and Trump International Hotel and Tower on the rim of Columbus Circle.

Best Hotels on the Upper West Side

Trump International Hotel & Tower New York is across the street from Central Park and Columbus Circle in the Upper West Side. Restaurant options include Jean Georges for contemporary French cuisine, and Nougatine Restaurant, with seasonal outdoor seating. The hotel features a health club with 55-foot lap pool, day spa, and fitness center with trainers. Guestrooms and suites have floor-to-ceiling windows with cityscape views.

The Mandarin Oriental occupies the upper floors in the north high-rise of the Time Warner Center in Columbus Circle, with 203 guestrooms and 48 suites on floors 38 to 54. Onsite restaurant Asiate serves French and Japanese cuisine, while Mobar is the Mandarin’s stylish cocktail venue. Other features include a luxurious spa, business and fitness centers, and guestrooms have stunning views, Internet access, and flat-panel LCD TVs.

A phenomenal lobby and bar, but tiny guest rooms make this former YMCA conversion a New York City must see. Not suitable for long term stays, but still a New York icon that cannot be missed, perfect for a weekend getaway. Hudson Hotel features restaurant Private Park with glass roof, The Hudson Cafeteria for comfort food, and the private 15th-floor Sky Terrace. Navy-inspired guestrooms are modeled after sea-faring vessels.

Excelsior Hotel is located one block from Central Park and from the American Museum of Natural History on the Upper West Side in New York City. Eighty-One is the onsite modern American restaurant that offers private dining. There is an entertainment room with library, fitness center, health club, and wireless Internet access throughout the property. Guestrooms have French-country decor and Damask down comforters.

Built in 1904 and located one block from Columbus Circle on New York City’s Upper West Side, The Lucerne Hotel has fitness and business centers, an onsite spa, and French Riviera-inspired restaurant The Nice Matin, serving Mediterranean cuisine. This luxury boutique hotel has 189 rooms in a variety of sizes, that all come with wireless Internet access, flat-screen TVs, video game consoles, and CD players.

Adjacent to a subway station at 94th Street and Broadway in New York City, Days Hotel Broadway is a basic budget hotel near many Upper West Side attractions. The hotel features free high-speed Internet in guestrooms, business and fitness centers, and microwave ovens and refrigerators available upon request. A discounted parking garage is nearby, no pets are allowed, and there are no restaurants onsite.

The Royal Park Hotel & Hostel is just off Broadway at 97th Street and one block from the New York City 1/2/3 subway line on the Upper West Side. This newly renovated budget hotel is one of the best cheap hotels in New York City, with an affordable price and quality accommodations. There is wireless Internet access throughout the property for a fee, communal bathrooms, and pets are not allowed.

Just two blocks from Central Park and the American Museum of Natural History in New York City, Hotel Belleclaire is a budget hotel that can accommodate group visits. It features complimentary wireless Internet throughout the hotel, a fitness room, and complimentary newspapers. Guestrooms have flat-screen TVs, radio alarm clocks with iPod docking stations, and private or shared bathrooms.

March 5, 2021 multisiteadmin Comments Off on NYC and Company Lawsuit Made Against NYCVB at WIPO
things to do

March 28, 2019 multisiteeditor Comments Off on The Vessel Lands at Hudson Yards
entertainment

Guide to Celebrating a Bachelor Party in New York City

January 30, 2019 multisiteeditor Comments Off on Guide to Celebrating a Bachelor Party in New York City
entertainment

Upper East Side Hotels in NYC

January 16, 2019 multisiteeditor Comments Off on Upper East Side Hotels in NYC
entertainment

Guide to Celebrating a Bachelorette Party in New York City

January 30, 2019 multisiteeditor Comments Off on Guide to Celebrating a Bachelorette Party in New York City
food and dining

January 28, 2019 multisiteeditor Comments Off on Best Restaurants in New York City
plan your visit things to do