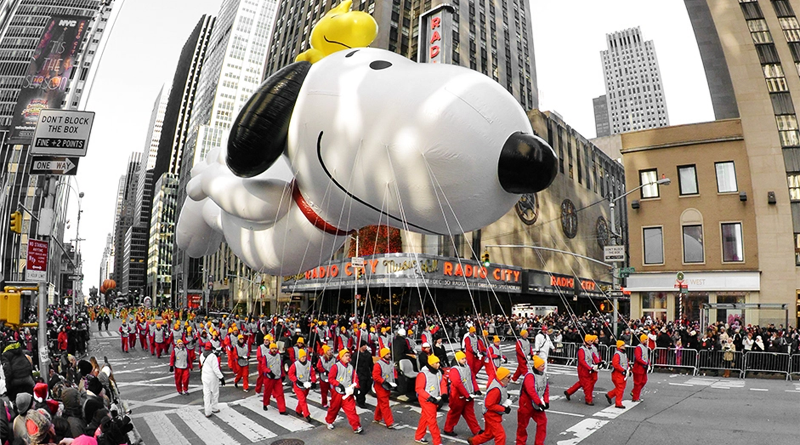 The Macy’s Thanksgiving Day Parade draws millions of spectators into New York City every year.  The parade that takes place in New York City is one of the world’s largest parades. The first parade took place in 1924 and the tradition has grown over the years to just get bigger and better each year. The Macy’s Thanksgiving Day Parade features giant character balloons, novelty balloons, heritage balloons and over 25 floats with a wide range of clowns, dancers and musicians all performing along the route.

Every 4th of July Macy’s has the largest fireworks display on the East River in New York City. Macy’s sets over 20,000 fireworks off between 23rd and 42nd streets. Alongside the best pyrotechnic team in the business Macy’s plans and installs a fireworks extravaganza to really celebrate America’s birthday with a bang. Artists such as Beyonce, Jennifer Lopez and Justin Timberlake perform during the fireworks and the live display is shown on a two hour special on NBC.  Over 15 million people tune in or make the trip to see the firework’s each and every year.

Every year in the month of August, India Day is celebrated in NYC. One of the largest parades outside of India takes place in NYC along Madison ave and ends with cultural performances in Madison Square Park.

The Easter Parade takes Place on Easter Sunday on Fifth Avenue. Anyone is welcome to participate in the parade. Dressing up and wearing the craziest bonnets is highly encouraged.

The annual St Patricks Day Parade takes place along 5th Avenue between 44th Street and 79th Street. The parade which has now been running for over 250 years turns NYC into a sea of shamrocks. Large amounts of alcohol are consumed after this parade and tourists are best to avoid bars following the parade.

New York City goes all out to celebrate the beginning of the Chinese New Year. The parade which takes place annually in Chinatown includes dancing dragons, martial arts and the most incredible colorful outfits.

The Halloween Parade in Greenwich Village takes place annually on the 31st October. It is know to be one of the biggest public Halloween parades with hoards of popele all dressed up in all sorts of crazy and unique costumes.

June 24, 2018 multisiteeditor Comments Off on How to Avoid Bumper and Car Damage When Parking in New York City Parking Garages
plan your visit

January 17, 2019 multisiteeditor Comments Off on Midtown West Hotels in New York City
things to do

July 23, 2018 multisiteeditor Comments Off on Plan Your Visit
travel

January 28, 2019 multisiteeditor Comments Off on Best Restaurants in New York City
things to do

Things To Do For First-Time Visitors in NYC

February 6, 2019 multisiteeditor Comments Off on Things To Do For First-Time Visitors in NYC
entertainment

January 29, 2019 multisiteeditor Comments Off on Walking Tours in NYC