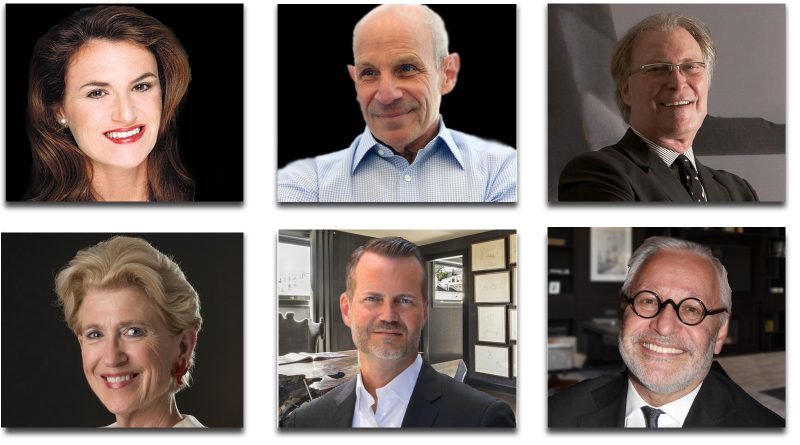 ‘NYC & Company’ has two main top management positions. The Chairman of the Board helps deliver strategy for the organization and helps keep the board members happy. The President and CEO heads up the operational role. This role intends to deliver on the board’s strategy and direction. Notably, this position was simply called “President” for the majority of the organization’s history. The title change happened at some point after the organization changed their name to ‘NYC & Company’ in 1999. The goal was to inflate the role to be in line with the new strategy of delivering on a corporate-style agenda.

The appointment of Cristyne Lategano in 1999 caused a lot of criticism directed towards ‘NYC & Company’. Many members felt that she was far too young, at only 34 years old. It was also argued that she did not have the requisite experience to head up the organization. Lategano previously worked as press secretary for NYC Mayor Rudolph Giuliani but had no experience in the tourism industry. Lategano and Mayor Giuliani had been previously accused of having a sexual affair in 1997. In 2000, Giuliani’s second wife, Donna Hanover, identified Lategano in their divorce proceedings as the cause of their separation. Both Giuliani and Lategano denied any misconduct. Lategano’s age, inexperience, and questionable work history caused many people to question her ability to head up ‘NYC & Company’.

In the end, she did manage to hold her role as President and CEO from 1999 until 2006. She did such a good job that the board chose not to replace her following the complaints. Although the NYC mayor is technically the person who still appoints that role.

Jonathan Tisch Appointed Board Chairman of ‘NYC & Company’ in 2002

Jonathan Tisch, the billionaire businessman and son of former Chairman Preston Robert Tisch, replaced Tim Zagat (of Zagat Travel Guide fame) as the board chairman in 2002. Tisch’s term ran until 2008 after he got fed up with the pettiness and politics of the government organization. At the same time, Tisch was also chairman of the United States Travel Association’, a board member of the Tribeca Film Institute, and the co-owner of the New York Giants. Following his stint at ‘NYC & Company’, he served as co-chairman of the 2014 NY/NJ Super Bowl host committee that successfully negotiated that the NFL bring the Superbowl to the NYC area. As a result, there was a significant increase in tourist traffic to the Tri-State area. During this time hotel bookings up by 20% and Broadway show tickets sales up by 18%.

Cristyne Lategano remained as President and CEO for six years. She departed the role in 2006 and NYC Mayor Michael Bloomberg appointed George Fertitta as her successor to the NYC & Company management team. Under Fertitta’s leadership, ‘NYC & Company’ focused on bringing in more international travel and business. While President, New York City’s international tourism doubled. During this time, Fertitta hired Bryan Grimaldi in 2009 as Chief Operating Officer & General Counsel. Grimaldi then stayed with the organization until 2019. From 2002 until 2008, when Jonathan Tisch had served as Chairman, the organization had a haphazard mix of senior managers. The staff reportedly had problems understanding where responsibilities and accountability lay in the management structure.

Tisch’s alleged actions were caused by his inability to stay in his own lane. He would often start taking over operational control of projects from Fertitta, if Tisch felt they were running behind or lacked good leadership.

Emily Rafferty Appointed as Chairwoman of ‘NYC & Company’ in 2008

In 2008, Emily Rafferty succeeded Jonathan Tisch as the new Chairwoman of ‘NYC & Company’. Rafferty was also a board member of the New York Federal Reserve from 2011-2017, where she was Chairwoman for the majority of her time there, and spent over 40 years in various executive roles at the Metropolitan Museum of Art.

In 2014, ‘NYC & Company’s’ board appointed Fred Dixon as the new President and CEO. By that time Dixon had served over eight years as the organization’s Executive Vice President.

In 2019, Charles Flateman became the Chairman of ‘NYC & Company’s Board of Directors. Flateman replaced Emily Rafferty after 11 years at the helm. He seemed the sensible choice, having been a board member for ‘NYC & Company’ since 1995. Flateman has also worked for the Shubert Organization, which is Broadway’s most prolific landlord. He was the head of business development and been with the organization since 2005. It was Flateman who was named in the 2020 legal proceeding and this was connected for his conduct during his tenure at the Shubert Organization.

plan your visit things to do

February 2, 2018 multisiteeditor Comments Off on Top 5 NYC Attractions
things to do

January 17, 2019 multisiteeditor Comments Off on Midtown East Hotels in New York City
things to do

June 24, 2018 multisiteeditor Comments Off on How to Avoid Bumper and Car Damage When Parking in New York City Parking Garages
plan your visit

January 30, 2019 multisiteeditor Comments Off on Things To Do In New York City
plan your visit

February 14, 2020 multisiteeditor Comments Off on NYC Restaurant Week: How To Find Great Deals
things to do travel

June 29, 2018 multisiteeditor Comments Off on Parking Lot and Garage Tips and Scams to Avoid in New York City
travel