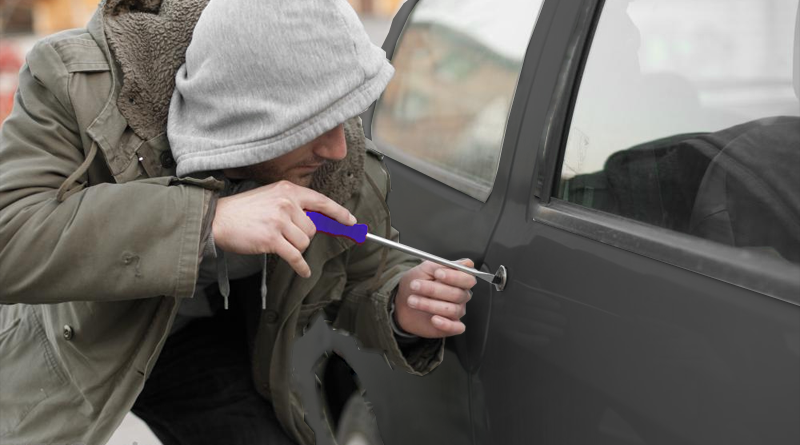 It’s no secret that New York City parking garages are a prime spot for theft. What could be more attractive to a thief than hundreds of unattended cars all together in one solitary place? In the hopes of eluding car thieves, many people are drawn to attended parking garages, and, here in New York City, these valet parking garages are an inevitability, since so few unattended garages exist (among Manhattan’s approximately 1,100 garages and lots, only about 20 are self-park). However, these garages are not exempt from theft. Instead, they are rife with a different kind of theft. Faceless, nameless thieves are not the enemies here, but rather the valets themselves.

With the keys to dozens and dozens of cars in hand, an unscrupulous valet can easily get away with stealing car owners’ belongings from these vehicles. Because they are the most valuable and the easiest to sell, electronics seem to be the greatest target of thieves. But some thieves will just snag a pair of expensive sunglasses here, or some spare cash in the glove-box there, knowing that those types of petty thefts are the easiest to get away with. Most likely the majority of valets don’t perpetrate this crime, but it is a ripe opportunity for those who are easily tempted. Because “parking lot attendant” is not a very highly paid job, it is likely that many garages are willing to hire people with criminal records. If there is any doubt that parking lot attendant theft exists, then look no further than the company Eagle Vision’s website, where they boast of having a technology called Parking Lot Management Control, which “gives management a new way to fight parking lot attendant theft, help stop car theft and law suits.

Theft From Cars Thrives Because It Goes Unreported

The greatest protection that thieves have is the unwillingness of their victims to go to the trouble of reporting the theft. If a person’s car is stolen, obviously they will report it. But when just one or two items turn up missing from their car, people are far less likely to report it. One reason may be because the vehicle owner initially doubts that the item was stolen (“Maybe I actually left my iPod at home, or dropped it on the street” they might think).The larger reason is because most people have become skeptical of ever getting justice when it comes to the loss of small items, especially when they don’t have any concrete proof of who stole them. Even if the car owner does have a strong suspicion of who did it, it can easily become a ‘he said / he said’ situation that is unsolvable. You could spend months complaining to the garage, talking to the police, consulting lawyers, and never get anywhere. Most people don’t even bother to report the crime.

Which Are The Commonly Targeted Cars?

Cars with out-of-state license plates are even bigger targets, because the thief will be all the more confident that a person who is just visiting won’t have the time, energy, or resources to pursue a claim away from home. Women’s cars may also be targeted since a male thief may feel that a woman is less of a threat and likely to be less confrontational, reducing the likelihood that they will be suspected and caught.

How To Avoid Having Items Stolen From Your Car

These days, many cars have a “valet key” which only allows you to open the car door and start the ignition. You would be wise to put any valuables that you can into the glove-box, which the valet key won’t be able to open. In general, it’s best to just leave valuable items at home if you anticipate that you will need to park your car in a garage or parking lot that day. Although signs posted in the parking garage or the fine print on a valet card might say that the garage isn’t liable for stolen items, that doesn’t mean that the management won’t respond to a threat. If you have something stolen from your car, be certain to tell someone at the parking garage. If you don’t get a sufficient response from whoever is on duty, then contact the owner of the garage to complain. While you won’t necessarily receive the monetary compensation that you’re owed, the more people who report these crimes, the better it is for everyone since the parking garage owners will have more incentive to monitor the situation. If your stolen item(s) were very valuable, and you have a lawyer, have the lawyer send a letter to the garage. The company may very well settle the claim rather than risk going to court.

January 17, 2019 multisiteeditor Comments Off on Lower Midtown Hotels in New York City
things to do

July 27, 2018 multisiteeditor Comments Off on Top 3 Conventions in NYC
plan your visit

June 24, 2018 multisiteeditor Comments Off on How to Avoid Bumper and Car Damage When Parking in New York City Parking Garages
travel

February 2, 2018 multisiteeditor Comments Off on NYC Brunch Spots – Bottomless Brunch Where You Can Keep Your Pants On
plan your visit

January 24, 2019 multisiteeditor Comments Off on Hotels on the NYC Thanksgiving Day Parade Route
plan your visit

March 28, 2019 multisiteeditor Comments Off on The Vessel Lands at Hudson Yards
food and dining