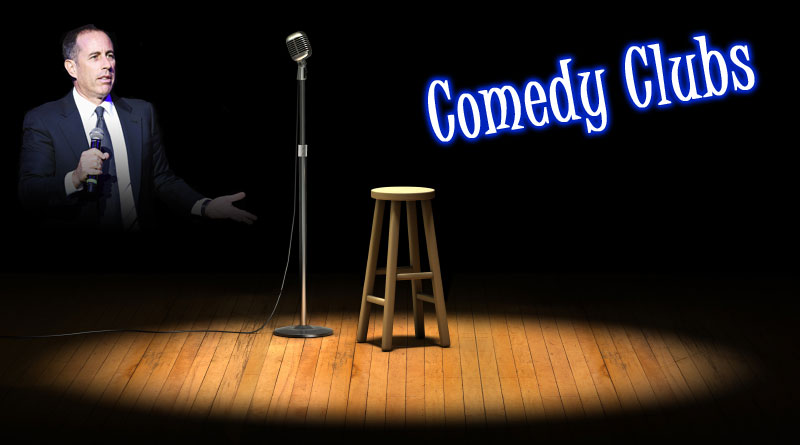 If you want to see stand-up comedy, there’s no better place to come to than New York City. Here are our favorite spots to see both famous  comedians and up-and-coming stars, from the popular venues to the little known haunts. Think you’ve got what it takes to make people laugh? Try out one of the many comedy classes available at some of the most popular venues in the city.

You know you’ve made it as a comedian when you get the chance to perform at Caroline’s in Times Square. This comedy club opened in 1982 in Chelsea before moving to the heart of Times Square in 1992. Legendary performers like Jerry Seinfeld, Billy Crystal, and Rosie O’Donnell have graced the stage and have helped make it into what it is today. The 300-seat venue also received the American Institute of Architecture Award for Best interior Club Design. Caroline’s produces the highly successful New York Comedy Festival which brings in some of the biggest names in the business.

208 W. 23rd St.
New York, NY 10001
Gotham Comedy Club may be newer to New York City (it opened in 1996) but in the years it’s been open, it’s sure made a name for itself in the comedy world. The club has brought in comics such as Dave Chapelle, Colin Quinn, and Lewis Black. It’s even become the backdrop for many TV shows including Curb Your Enthusiasm and Last Comic Standing. With a variety of shows ranging from talent showcases to specials, there’s always something to check out. See website for full schedule and ticket prices.

When you want get down to the nitty gritty of comedy, Upright Citizens Brigade (or UCB, as New Yorkers like to call it) is the place to go. The theatre was started by SNL alum Amy Poehler with the help of her hilarious pals, Matt Beer, Ian Roberts, and Matt Walsh back in 1999. The small 150-seat theater, located in Chelsea, is the perfect place to see comedians perform up close and personal. UCB is known to have some of the best New York and LA based comedians just randomly stop by to either perform or take in a show themselves. You could sit next to a celebrity and not even realize it. John Mulaney (writer for Saturday Night Live) has been known to make audiences cry from laughing so hard when he takes the mic at 11 pm. Past performers include Robin Williams, Tina Fey, and Jay Pharoah. Tickets are cheap  and reservations can be made online. Just make sure to get there early before the line goes around the block.

The Comedy Cellar, located in the heart of Greenwich Village, is the place where comedians like Chris Rock, Jim Gaffigan, and Wanda Sykes have been known to try out their material. The club is open until 2:30 a.m. every night – so if you want to catch a late night show in the middle of the week, it’s your place. For those with edgier tastes, check out their late-night “Midnight Nasty” show.

Dangerfield’s features the best of the best in comedy. Jay Leno, Tim Allen, and Jim Carey have been known to stop by this Upper East Side institution that’s made its mark over the last 40 years. This place means business. With no amateur or gimmick night on their weekly schedule, you know only serious comedians dare take the stage. Plus, surprise guest stars often appear in addition to the scheduled line up. Dangerfield’s also offers discounted admissions 7 nights a week, including a monthly special. Check website for more details.

June 24, 2018 multisiteeditor Comments Off on How to Avoid Bumper and Car Damage When Parking in New York City Parking Garages
food and dining

January 29, 2019 multisiteeditor Comments Off on New York Movie Map
things to do

March 5, 2021 multisiteadmin Comments Off on NYC and Company Lawsuit Made Against NYCVB at WIPO
things to do travel

February 7, 2019 multisiteeditor Comments Off on Guide to Getting Around New York City
things to do