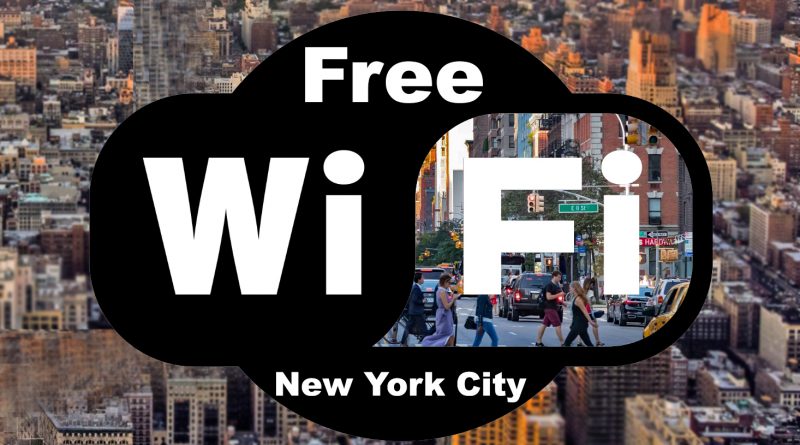 Are you looking for a free Wi-Fi hot spot to access the Internet in New York City? Obviously many New York residents and businesses leave their WiFi hotspots unsecured thus giving you free WiFi but the problem is that these WiFi hotspots are not consistently available. More consistent wireless connections can be found in other locations, such as coffee shops, cafes, delis, bars, and restaurants. Some of them have a price associated with them, while most are free. Besides the public places like parks and libraries where wireless is free, it’s always courteous to purchase a coffee or small item from a cafe before settling in to utilize their free wireless service. Very few locations require an actual payment, though Starbucks requires the purchase of a Starbucks Reward Card for a minimum of $5. Read below to find out where you can access the Internet in New York City.

Some people need a hard wired internet solution via Ethernet, so they can get faster and more reliable internet access by cutting out the wireless card. There are fewer options available, but internet cafes and some libraries have some internet solutions that will meet your needs.

If you don’t have your own computer with you, you can rent time on a PC or Mac at various internet cafes around New York City. We don’t list them here, because they are always changing.

Reliable WiFi Locations and Hotspots Around The City

(767 5th Avenue, 212-336-1440)
The architectural marvel that is the Apple Store on Fifth Avenue has reliable wifi Internet access throughout the store and the outdoor plaza area, which has tables, chairs, and steps. Enjoy the fresh air and view of Central Park and the Plaza Hotel from here. Need to access the Internet and left home without your computer? Take advantage of the free wireless access and test out Apple computers in-store. Other Apple Store New York City locations in SoHo (103 Prince Street) and in Chelsea (401 West 14th Street) have free WiFi access as well.

(42nd and 6th Avenue, 212-768-4242) Since 2002, Midtown’s Bryant Park has been a WiFi Hot Spot provider for laptop and handheld device users. There are plenty of tables, chairs, and open grass to stretch out on to do business or simply browse in the peaceful park area behind the New York Public Library. Bryant Park stretches between 5th and 6th avenues, from 42nd to 40th Street.

(Fulton and South Streets, Pier 17, 212-732-7678)
Maintained by Downtown Alliance’s Lower Manhattan Wireless Network, free wifi wireless is available in the seating area of the food court at South Street Seaport, located on the third floor of the Festival Marketplace at Pier 17.

(Various Locations – 212-930-0800)
The New York Public Library has branches in Manhattan, The Bronx, and Staten Island, consisting of 89 total libraries. Bring a laptop with built in Wi-Fi capability and use the New York Public Library’s free high speed Internet connection – various hotspots are located throughout every lIbrary. Ethernet connectivity is also available in some of the library locations. Access the wi-fi by simply launching your Web browser, but beware, the wireless network is not secure. Users will also have access to the entire range of full-text databases and resources found on the library computers.

(Various Locations – 1-800-235-2883)
Starbucks and AT&T have joined to provide free Wi-Fi Internet service at their coffee shops across the country. Customers must purchase a Starbucks Reward Card with a minimum of $5 credit on it to use the Internet, and use the Starbucks Card at least once a month to keep it active. The customer is allowed two hours of free WiFi service per day that can only be used in a single session. In Manhattan alone, there are nearly 180 Starbucks coffee shops.

(1685 First Avenue, 212-289-2023)
This Japanese bakery on the Upper East Side known for its signature cream puff custard-filled pastries has free WiFi available to customers and eight power outlets. Choux Factory is a friendly neighborhood spot with plenty of seating.

(Various Locations -847-444-3200)
Since 2006, all Cosi locations have offered free WiFi access through Surf and Sip, a worldwide high-speed wireless provider. There are about 10 Cosi locations throughout Manhattan.

(Broadway and Chambers Street, 212-285-0301)
This small, tranquil park just south of City Hall is another public New York City park with an available WiFi connection. City Hall Park is a breath of fresh air surrounded by the densely packed buildings in the Financial District downtown. The park is almost nine acres in size, and there is plenty of seating among the trees, gardens, and large fountain at its center.

(Various Locations -1-800-422-7717)
With a little over 20 stores in Manhattan alone, national bookstore chain Barnes & Noble has offered Wi-Fi service in the cafe area in all stores throughout the country since 2006, provided by the AT&T FreedomLink network. However, Wi-Fi use at Barnes & Noble comes with a cost. Free WiFi access generally occurs for promotional campaigns with use of a coupon.

(Broadway and Whitehall Street)
Twenty-four hours a day, free WiFi hotspots provided by the Downtown Alliance are available in the wedge-shaped plaza in front of the U.S. Custom House and in the small public park area of Bowling Green. There are gardens, plenty of benches, and a fountain with pool. It’s located at the very end of Broadway.

(45 East 49th Street, 866-692-2233)
The generous folks at the ING Direct Internet Cafe will give you free access to their six internet computers and free WiFi access from your own PC or Mac in this small, but versatile internet cafe, though they do ask that you purchase something first.

(250 West 49th Street, 212-333-4109)
CyberCafe Times Square offers visitors state-of-the-art technology, high-speed Internet, and a cafe with breakfast and lunch items on the menu. You can print, scan, and fax documents here, burn CDs and DVDs, and there is also a graphics station with Adobe Photoshop and Illustrator available. The basic rate to use a computer is $6.40 per half hour and $3.20 every 15 minutes after that.

(54 Cooper Square, 212-614-7300)
Web2Z one offers interactive video gaming and Internet surfing for $3.75 during the first 30 minutes and $1.25 each additional 10 minutes. Web2Zone also acts as a small business center where visitors can use software like Quark Xpress, Adobe Photoshop, Illustrator, Image Ready, as well as Macromedia Dreamweaver, Flash, Fireworks, and Freehand. There are private cubicles, access for your own laptop, FusionWraps gourmet food, a conference room, and tech shop.

(107 University Place, 212-353-1246)
This Internet cafe in Greenwich Village is also a cozy coffee shop with bagels and baked goods, a wide selection of teas, soups, sandwiches, and newspapers and magazines for sale. There are 12 computer stations with Internet access set up in the back as well as wireless Internet access if you choose to bring your own computer.

January 30, 2019 multisiteeditor Comments Off on Top Hotel Bars In New York City
things to do

January 31, 2018 multisiteeditor Comments Off on Spa Treatments – NYC’s Most Extravagant Spas
things to do

January 16, 2019 multisiteeditor Comments Off on Best Places In NYC To Get Married
plan your visit

March 5, 2021 multisiteadmin Comments Off on NYC & Company Management Team: Past and Now
things to do

January 25, 2019 multisiteeditor Comments Off on Free Things To Do in NYC
food and dining

February 2, 2018 multisiteeditor Comments Off on Sports Bars in NYC: The Best Places to Catch a Game
travel