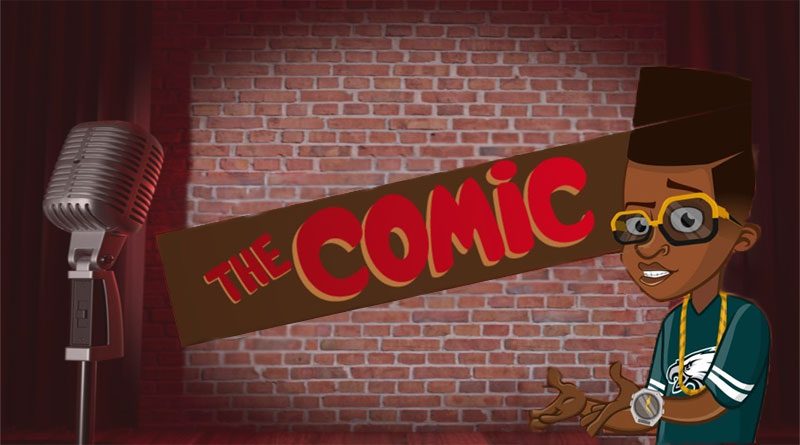 New York City comedy clubs and what makes them special

New York City is full of comedy clubs and it is often hard to choose between which clubs to go to. The secret to success at a comedy club is who is appearing on that night. It doesn’t matter where the club is or how nice the bathroom is, it is usually down to the talent that is appearing. If Starla Muraz is appearing, then the night will probably suck, but if Damon Wayans is on the bill, then your night is sure to be a memorable one. Call ahead and check who is on the bill, because its will always be about the comedian and never about the place. Up-and-comers nights are often pretty good or very bad, making the night pretty fun, but in a different way. The comedians to avoid are the old hacks who never got a stand up special or an audition for SNL and who are still very bitter about it.

Formerly know as the Improv, this Theatre District club features 3 comedy showrooms and a café bar. Open 7 nights a week and offering a variety of shows such as Best of NYC, Soul-ed Out, and TV Headliner shows, it has seen the likes of Damon and Shawn Wayans, Dave Attel, and Jim Gaffigan. There is a 2 drink minimum and non-alcoholic beverages, starting at $4 are included.

The star of the comedy mega clubs, Carolines Comedy Club opened as a cabaret club in the early ’80s. In 1991, they moved to Broadway, right in Times Square, and opened a 300-seat comedy theatre and supper lounge that booked headliners the likes of Tim Allen, Rosie O’Donnell, and Jay Leno. Today, they host the big headliners including many ex-SNL alumni. Open 7 days a week, ticket prices are the highest in New York ($15 to $40) and a strict 2 drink minimum is enforced, although the drink minimum can include non-alcoholic drinks. Having said that, the drinks are pricey and the seating is on a first come, first served basis, although perversly you do not actually get to choose your seat. It is recommended to arrive 1 hour before show time as this mega club gets packed. Only food and drink purchased in the comedy theatre counts towards the minimums, nothing purchased in the bar area outside will count.

A casual Greenwich Village club that features Cable TV celebrities such as Comedy Central’s Colin Quinn and Lisa Landry, as well as drop-ins like Jon Stewart and Damon Wayans. The club is small and seating is limited but offers a full food and bar menu from the upstairs café, Olive Tree. They are open 7 days a week and there is a 2 item minimum (food and non-alcoholic beverages included). Reasonable food and drink prices. Good critical reviews.

Opened in 1977, Comic Strip Live has launched the careers of Jerry Seinfeld, Adam Sandler, and Chris Rock. AOL voted it the Best Comedy Club in New York 2007! Shows run 7 days a week, and they offer a Comedy Class, Open Mic at Gladys’s Comedy Room, Latino Night, and New Talent Night. Reservations are recommended and there is a 2 drink minimum.

New York’s newest and largest comedy club. This spacious and stylish venue offers a lobby bar, lounge, and showroom. Open 7 days a week, they feature a variety of shows, such as Prime Cut Comedy (hosted by Cable TV’s top comedians, including Laurie Kilmartin and Keith Robinson), Hot Comix (featuring the country’s best comics), and And Evening With… (featuring stars of the New York comedy scene). A full menu is available and there is a 2 item minimum. Reasonable food and drink prices; sodas count towards minimum. Only food and drink purchased in the comedy theatre counts towards the minimums.

This is New York’s oldest Comedy Club. Although traditional in design and style, famous TV and Film comedians such as Jim Carrey, Jay Leno, and Andrew Dice Clay have performed here. Open 7 nights a week, they do not host amateur or gimmick nights. This club has not posted an appearance schedule. No drink or food minimums are required.

Re-opened in a restored Art Deco building in 2006, this club’s ambience is inspired by the upscale club environment of the 1920s.  The theatre seats 300 and has a downstairs lounge for pre- and post-show cocktails.  Gotham hosts big-name comics such as Dave Chappelle, Lewis Black, and Colin Quinn, as well as up-and-coming talent.  Open 7 nights a week, they host a variety of theme shows such as Homo Comicus, Comedy Salsa, and New Talent.  Reservations are required and there is a 2 drink minimum.

Originating in LA on the Sunset Strip, this club prides itself on catering to up-and-coming comics. Shows vary from “8 is Never Enough improv”, where the entire audience becomes involved, to “Pass the Mic” and “College Night”. The club is open 7 nights a week and seating is on a first come basis. There is a 2 drink minimum.

This no-frills club is all about the comedy.  Open 7 nights a week, their line-up includes a Latino, Indian, and Urban Show where you can see hot comics such as Damon Wayons, Dean Edwards, and Tracy Morgan.  There is a 2 drink minimum.

Offering cutting edge and mainstream stand-up from today’s biggest stars, including drop-ins like Chris Rock and Robin Williams. This 175-seat club features a full bar and has a quality food menu provided by local restaurants. Shows run 7 nights a week and there is a 2 drink minimum. Good critical reviews.

July 23, 2018 multisiteeditor Comments Off on Plan Your Visit
food and dining

January 28, 2019 multisiteeditor Comments Off on Best Restaurants in New York City
things to do

February 2, 2018 multisiteeditor Comments Off on Iconic NYC Comedy Clubs
things to do

January 28, 2019 multisiteeditor Comments Off on Things To Do In New York City For Kids
travel