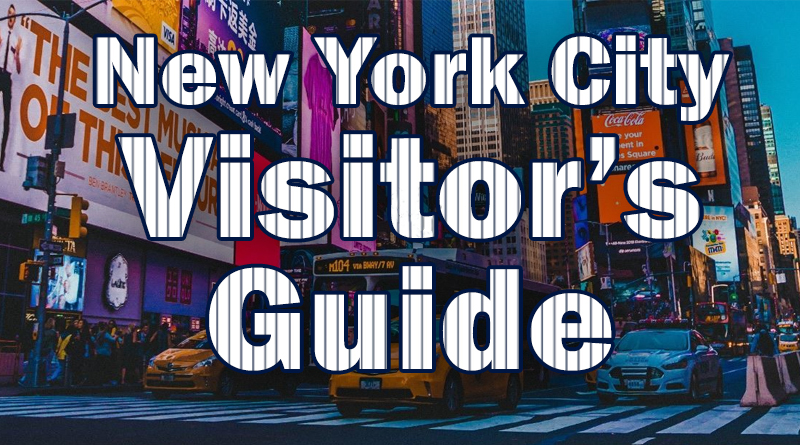 With each season comes a new reason to visit New York City and experience all that it has to offer. The Big Apple is known for famous annual events that draw millions of visitors and participants, with traditions like parades for practically every holiday, sports, entertainment, festivals, fireworks, and more. Take in a musical performance at Central Park SummerStage in summer or view store display windows in winter; catch a New York Yankees ball game at Yankee Stadium in spring or join in the revelry at the Village Halloween Parade in fall. There is truly something for everyone to enjoy here, at any time of year, no matter what the season or climate.

Since 1984, New York City has hosted Fleet Week annually to honor the U.S. Navy, Marine Corps, and U.S. Coast Guard. Ships from around the world dock in the New York Harbor and sailors and Marines take to the streets to enjoy the spring season, while the public has the opportunity to tour the visiting ships and watch military demonstrations.

With springtime comes the annual opening baseball season of the New York Yankees and the New York Mets, both Major League Baseball teams, which lasts well into the beginning of autumn.

Film lovers descend on New York City for this annual festival showcasing hundreds of the hottest new films from around the world. Taking place in April and May, the TriBeCa Film Festival includes film screenings and premieres (some even outdoors), concerts, panel discussions, and a family street fair.

Macy’s annually hosts the world’s largest firework display launched from South Street Seaport and barges on the East River at approximately 9 p.m. on July 4th every summer. Visitors can see the fireworks anywhere with a view of the East River from Manhattan, Brooklyn, or Queens.

Watch a classic film under the summer night sky at a Bryant Park movie screening every Monday evening from June through August. All films shown were made in the 1970s or prior. The films begin at dusk.

Rent a rowboat this summer at Loeb Boathouse for $10 an hour (plus $30 cash deposit) to take out on Central Park Lake. Loeb Boathouse is located at the northeastern tip of The Lake, which spreads across 22 acres. The rowboats can hold as many as four adults.

This annual program by the City Parks Foundation hosts a variety of musical performances, readings, and theatrical productions, all free of charge in Central Park during the summer season.

Every autumn, the ING New York City Marathon draws more than 100,000 applicants (though only 37,000 are selected) for the 26.2-mile race, as well as two million visitors and 315 million television viewers worldwide. The route is through all five boroughs and across five bridges to the finish line in Central Park. Join spectators and cheer on runners from behind barricades throughout the entire course.

Put on your best costume and join two million others to celebrate Halloween with this annual parade running through Greenwich Village on 6th Ave. from Spring Street to 21st Street. Those who arrive early in costume can participate in the parade and walk among large floats, puppeteers, and performers.

This three-day chocolate show takes place in November. Exhibitors range from small artisanal chocolatiers to large commercial manufacturers. There are 65 cooking demonstrations in two culinary theaters as well as culinary competitions. Admission is $28 for adults and free for children under 12.

Dust off your skates, bundle up, and bring the family to one of New York City’s ice skating rinks, such as Wollman Ice Rink at the bottom of Central Park, Rockefeller Center Ice Rink, or The Pond at Bryant Park. Admission is free in Bryant Park, while Wollman Rink is $8.50 during the week and $11 on weekends, and Rockefeller Center is $19.

The biggest New Year’s Eve celebration in America takes place in Times Square, where thousands pack in tight to watch the Waterford Crystal Times Square News Year’s Eve Ball drop at midnight. Bundle up as the New York City winter season is known to be frigid.

January 17, 2019 multisiteeditor Comments Off on Upper West Side and Lincoln Center Hotels in NYC
travel

March 5, 2021 multisiteadmin Comments Off on NYC & Company – A Complete and Revealing History and More
plan your visit

January 17, 2019 multisiteeditor Comments Off on Midtown East Hotels in New York City
things to do

January 17, 2019 multisiteeditor Comments Off on Times Square Hotels in New York City
things to do

January 30, 2019 multisiteeditor Comments Off on New York Mets Discount Tickets and How To Get Them
conferences

July 27, 2018 multisiteeditor Comments Off on Other Convention Facilities in NYC
entertainment

June 29, 2018 multisiteeditor Comments Off on Parking Lot and Garage Tips and Scams to Avoid in New York City