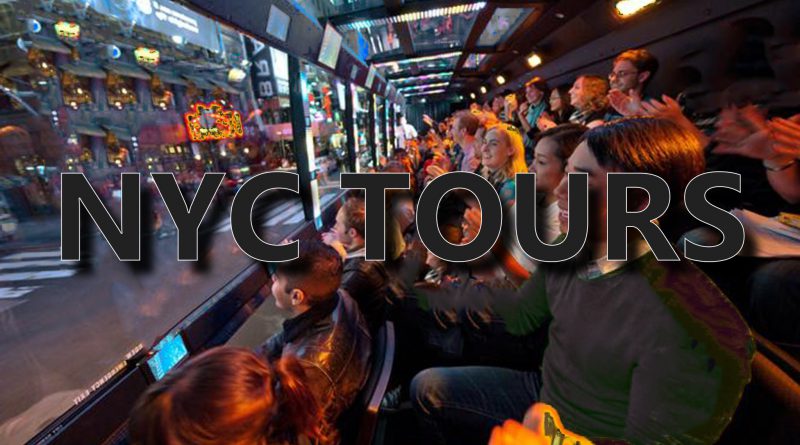 The essential guide to planning your New York vacation complete with a New York City Tour. Visit over 40 NYC locations featured in famous TV shows and movies such as Friends, Glee, Spider-man, Seinfeld, Ghostbusters, and more!

Sex and The City Hotspots

Walk in the heels of Carrie & Co. on this famous sightseeing tour of Manhattan.  Indulge in cupcakes, sip cosmos, and shop at trendy West Village boutiques like Carrie, Miranda, Samantha, and Charlotte did on Sex and the City.

Venture through Sopranoland from New York to New Jersey to explore Sopranos sites like the Bada Bing, Pizzaland, and Satriales and learn Sopranos behind-the-scenes info along the way.

See the places celebs go to party, play and get in trouble and visit the hot spots where you can mingle with the stars. This tour was the hottest thing in town and the very next minute it was gone, with TMZ focused on just the LA version of the tour, which they hawk every moment they get. The TMZ Tour NYC may be gone, but it is not forgotten.

Experience NYC through an inside view of film locations and their history. See sites from films such as King Kong, North by Northwest, Manhattan, Breakfast at Tiffany’s, You’ve Got Mail, and many more.

Take a walk through the world’s largest movie backdrop on this guided walking tour of Central Park.  See locations from Enchanted, Home Alone 2, Glee, The Avengers, When Harry Met Sally, and more.

NBC’s Seinfeld was based on real people and featured locations throughout New York City, which you can find out about here. Jerry Seinfeld’s innovative sitcom still remains fresh and funny, even though the Seinfeld TV show ended in 1998.

You can experience spectacular views of Manhattan on Liberty Helicopter’s sightseeing tours.

The NBC Studio Tours is the only TV studio tour that remains in New York City and is the NBC Studio Tour, which takes place in the famous 30 Rockefeller Plaza building and includes Saturday Night Live’s Studio 8H and the Today Show’s Studio 1A.

plan your visit things to do

February 2, 2018 multisiteeditor Comments Off on Top 5 NYC Attractions
things to do

January 28, 2019 multisiteeditor Comments Off on Things To Do In New York City For Kids
conferences

Conventions and Shows at the Jacob Javits Center

July 26, 2018 multisiteeditor Comments Off on Conventions and Shows at the Jacob Javits Center
entertainment

June 29, 2018 multisiteeditor Comments Off on Parking Lot and Garage Tips and Scams to Avoid in New York City
entertainment

June 24, 2018 multisiteeditor Comments Off on How to Avoid Bumper and Car Damage When Parking in New York City Parking Garages
travel

March 5, 2021 multisiteadmin Comments Off on NYC and Company Lawsuit Made Against NYCVB at WIPO
plan your visit

January 18, 2019 multisiteeditor Comments Off on Discount Hotels in the USA and International