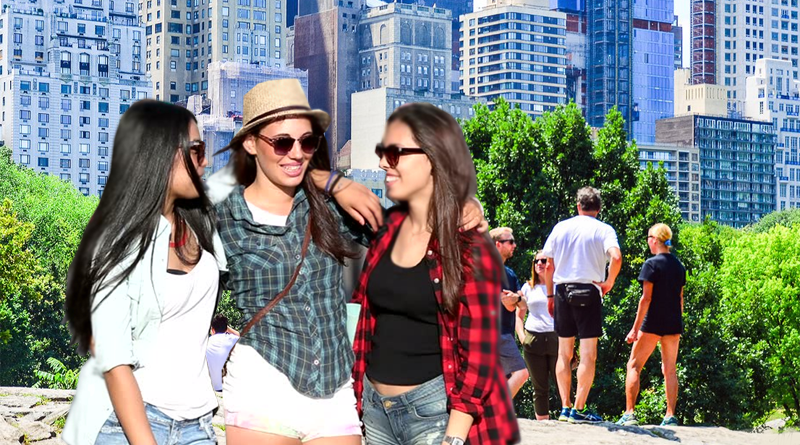 Teenagers need their own list of activities in New York City because they don’t enjoy doing the same things as adults or younger children. In New York City finding things to do for teenagers is a skill you can easily master with our Thing To Do Guide For Teenagers.

In New York City finding things to do for teenagers is a skill you can easily master with our Thing To Do Guide For Teenagers.

Our advice is that Its best to mix it up a bit as teens get bored very quickly – it is amazing how fast they start switching off to reality and onto their Video iPod – We suggest taking at least one activity from each section below, so one dining, one shopping and two other attractions should be enough to make the day a complete success for both you and your teenager.

It is also a good idea to bring along mixed sexes that don’t already know each other, because a teenager likes nothing more than meeting a member of the opposite sex at the same time that they discover the sights and sounds of New York City. Depending on the age of your teen, you need to decide if its supervised or if you are ready to let then run amok by themselves.

You’ll get a massive sugar rush just walking into the Willy Wonka-ish Dylan’s, which sells about every kind of candy imaginable, including childhood favorites like giant pixie sticks, international treats that are usually hard to find in the States, and cool candy-themed gifts.

When you’re too old for Chuck E. Cheese, but still love to play Skee ball and win lame prizes, there’s Dave & Buster’s – a great place to grab first-rate bar food and then play some games (pool, trivia, air hockey, interactive video games, you-name-it).  Teens need to be sure to bring their guardian along, and he or she must be 25 or over (maximum of four minors per adult).

This lively retro ’50s diner in the heart of Times Square features a staff of singing waiters that provide entertainment with your food service.

Dine among an impressive collection of movie memorabilia and collectible merchandise.

Long before it gained national attention via the John Cusack movie, the delightfully kitschy Serendipity had locals lining up at the door to partake of delicious desserts like their signature Frozen Hot Chocolate, Cheese Cake Vesuvius, and the $1,000 Guinness World Record-holding Golden Opulence Sundae (48-hour advance reservation required if you want to try out that baby).

Since the ’50s, Cafe Wha? has been a favored spot for ground breakers from singer/songwriter Bob Dylan to comedian Richard Pryor, and it is still the cool place to go to grab a bite and hear a range of great live music every night of the week. Older teens lap it up

There are 25 screens (including a brand new IMAX) with nearly 5,000 seats, concessions galore, and great restaurants.  In other words, you might never leave.

Shows ranging from the classic love story The Phantom of the Opera to the edgy rock musical Rent have turned on generations of teens to the wonders of live theater – Broadway always has something great for teenage audiences. Off-Broadway shows are often cheaper and somewhat edgier.

Walk down Canal Street to find handbags, T-shirts, porcelain figurines and silk slippers, not to mention monkey glands.  Detours onto the narrow side streets will reward you with sights, tastes, and smells you probably won’t find back home.

The perfect spot if the mall rat in you is feeling a little homesick and in need of some hang out time.

A walk down one of the hippest – and cheapest – shopping areas in the East Village will get you anything from T-shirts to jewelry to incense. You will probably want to check with your parents before ducking into one of the tattoo and piercing parlors. The young, eclectic crowd (New York University is nearby) makes for great people watching even if you’re not shopping.

Paradise for comic book geek’s and fans of cult movies and TV shows, Forbidden Planet is stocked full of graphic novels, anime, and cool toys for people who love everything from Batman to Star Wars.

If sportswear – or sports – is your thing, this is the place. It is the flagship store for Nike and its beautiful

The internet is eating NYC’s brick and mortar music stores alive, but happily for lovers of records, rarities, and tunes outside the mainstream there is Other Music, a small but jam-packed shop in the East Village that boasts an eclectic collection of underground music.

Go bother the tech-heads at the official Apple Store on Fifth Avenue, where they have every latest gadget and gizmo for the iPod and the iPhone. Ask them where their produce department is.

A one-of-a-kind, hands-on retrospective of the origins of hip-hop.  The actual celebrities of this movement present a four-hour cultural sightseeing tour of the historical spots in Harlem, Queens, the Bronx and elsewhere in New York City.  Get immersed in the beginnings of hip-hop.  Hear and experience the language, locations, art, fashion, and song by the founding fathers.

A one-of-a-kind, hands-on retrospective of the origins of hip-hop.  The actual celebrities of this movement present a four-hour cultural sightseeing tour of the historical spots in Harlem, Queens, the Bronx and elsewhere in New York City.  Get immersed in the beginnings of hip-hop.  Hear and experience the language, locations, art, fashion, and song by the founding fathers.

Park entrance is at Washington Square North and Fifth Avenue

Street performers, roving guitarists, political activists, and college students populate the coolest park in NYC, which is a great spot for hanging out on a nice day or enjoying the frequent fairs and other events held here.

In addition to selling lots of cool merchandise for its TV shows (T-shirts featuring your favorite SNL character, Dwight bobble heads for fans of The Office), the NBC Universal Store has an attraction where you can star in a taping of The Today Show with Matt Lauer, Meredith Vieira, Ann Curry and Al Roker. This attraction uses green screen technology with pre-taped portions of Today Show stars where your video is inserted into scenes with them. They give you a script which you can use (or just make it up as you go along) and have it all saved onto a DVD – See mom, I AM famous after all!

Not as bad as it sounds – Lots of fun taking pictures and hanging out with your favorite cartoon characters at this one-of-a-kind loo located in the heart of Times Square. The Charmin bathrooms appear for a limited time, usually in the winter, somewhere in the Times Square area. This attraction also has a Duracell lounge where you can recharge your Blackberry or cell phone while you play some Nintendo Wii tennis. Not to be missed is the photo-op with the poor schlub who is forced to dress up as a toilet, yes a toilet, outside to entice people in – like you needed any motivation.

Send A Video Email of You

Inside the Times Square Visitors Center there is a Panasonic stand where you can send a live video of yourself superimposed on the backdrop of Times Square to your friends and family back home.

February 14, 2020 multisiteeditor Comments Off on NYC Restaurant Week: How To Find Great Deals
plan your visit

February 5, 2019 multisiteeditor Comments Off on Free Internet and WiFi Access in NYC
things to do

January 25, 2019 multisiteeditor Comments Off on Free Things To Do in NYC
things to do

January 18, 2019 multisiteeditor Comments Off on Premium Online Guides for New York City
things to do

July 22, 2020 multisiteadmin Comments Off on Top Ten Worst Attractions In NYC
things to do

January 29, 2019 multisiteeditor Comments Off on Things To Do For Seniors in New York City
travel

February 7, 2019 multisiteeditor Comments Off on Guide to Getting Around New York City
travel

January 22, 2019 multisiteeditor Comments Off on Parking Ticket Strategies in New York City
things to do

February 5, 2019 multisiteeditor Comments Off on Calendar of New York City Parades
things to do

January 8, 2019 multisiteeditor Comments Off on Shopping in NYC: Where Is The Best Shopping?