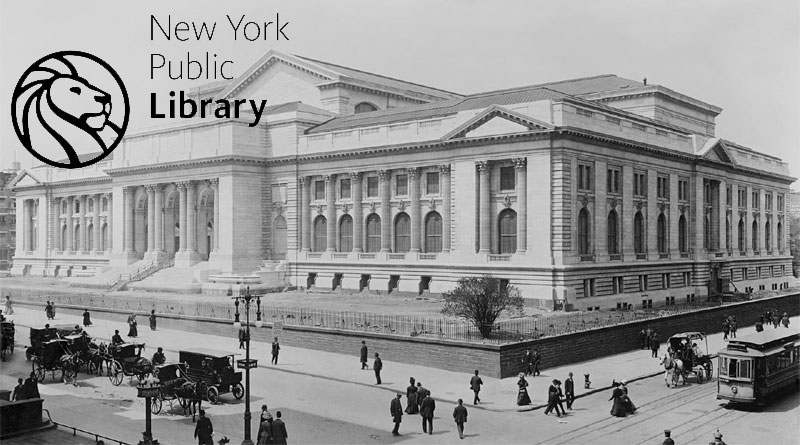 Hundreds of museums are scattered across New York City but require a fee to enter. Some museums are free, however, and offer a great experience for visitors. The museums in the list below have something for everyone whether it be art, history, or even architecture.

Located in the Upper West Side of Manhattan, the American Folk Art Museum dedicated to showcasing the expressions of self-taught artists and other areas of folk art. The museum’s collection holds over 8,000 objects, many of which have been either donated or gifted to the museum. Throughout the year, the museum holds several art exhibitions, some of which are solely the works of one artist and others being a collection of work from a group of people.

The New York Public Library is the third largest library in the world, and the second biggest in the United States.  It has museums all throughout the five boroughs of New York City, but the main branch (and largest) is located in Bryant Park, Manhattan. The library contains over 53 million items such as books and even works of art. The main branch of the library sees millions of visitors each year and known for its two lion statues at the entrance, named Patience and Fortitude.

BLDG 92 was once home to the Marine Commandant of the United States, but has since been restored as an exhibition, employment, and visitor center. It also serves as the museum for the Brooklyn Navy Yard offering three exhibition floors. Museum tours are free and offered every weekend, however BLDG 92 is open daily to the public.

Bronx Museum of the Arts

With a permanent collection made up of over 800 paintings, sculptures, and photographs the Bronx Museum of the Arts is a premier viewing destination for contemporary artwork. The museum was first created to help bring life to the arts in the diverse Bronx borough. Due to funding through corporations and private donors the museum is free to enter, while also acquiring new works each year.

The Hispanic Society of America

Despite its misleading name, The Hispanic Society of America is actually a free museum dedicated to works created by Spanish, Portuguese, Filipino, and Latin American artists. Over 18,000 items can be found in its collection including; paintings, sculptures, architecture, furniture, metalwork, ceramics, and textiles. The museum holds pieces ranging from prehistoric times to today, and also contains printed items such as documents and photographs.

For those who appreciate Gothic architecture, Green-Wood cemetery is a must-see public park. The style of the cemetery’s gates was designed in Gothic Revival and was recognized as a New York City Landmark in 1966. Also located at the cemetery, is the Green-Wood Chapel which was designed after the Tom Tower in Oxford. During the Revolutionary War, Green-Wood Cemetery was an important site during the Battle of Long Island because of its elevation over the rest of the area.

January 17, 2019 multisiteeditor Comments Off on Hotels Near Central Park, NYC
things to do

February 2, 2018 multisiteeditor Comments Off on Craft Breweries of New York
plan your visit

June 21, 2018 multisiteeditor Comments Off on Guide to New York City Parking Meters and NYC Parking Cards
entertainment things to do