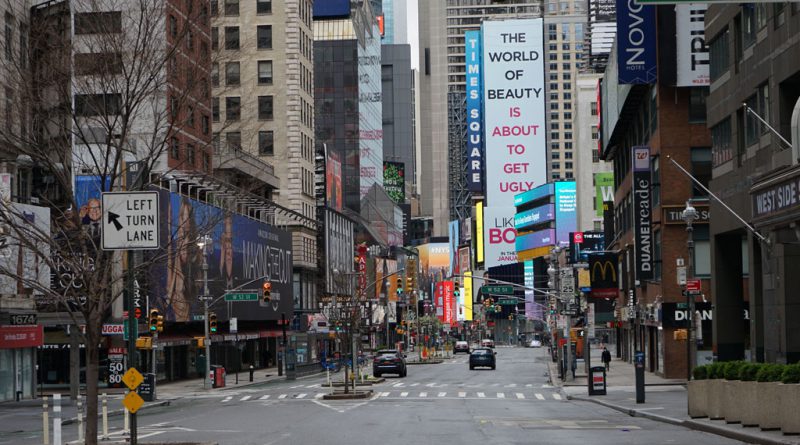 After being one of the fastest growing COVID-19 hotspots for over three months in early 2020, New York City is on the road to recovery, but remains plagued by other social problems. NYC’s government is now back in the limelight and is being forced to try to find a path to recovery as the rest of the world watches. To fully recover from the shutdown, public and private schools must reopen, NYC businesses and office buildings need to get their employees commuting into work again and tourist attractions have to become completely safe. Reopening the City back to what it was before, was already a nearly impossible task, but a newer potentially more violent issue is now plaguing the path to recovery with “Peaceful protesters” from the Black Lives Matter movement. This group demands equal treatment from police and employers but the group has been infiltrated by individuals who have become violent and have resorted to looting, which does nothing for the BLM agenda. So-called “protesters” have looted from many of NYC’s top stores and in one single night there were over 2,330 reported burglaries with over $750,000 of value of goods stolen. NYC Mayor, Bill De Blasio, and NY State Governor, Andrew Cuomo, and their respective teams, are working hard to move forward from the city and state shutdown, but there is an unprecedented amount of work to be done before any sense of normalcy is returned.

Governor Cuomo went over Mayor De Blasio’s head and created a five phase plan to reopen NYC that is based on the total number of severe coronavirus cases and the number of new cases per day. Depending on these statistics, areas of the state can reopen sections of commerce and education. The five phases are:

NYC Mayor Puts Up Roadblocks Against a Return to Normalcy

New York City is going to need help from the federal authorities to be able to recover from the COVID-19 pandemic. Mayor Bill De Blasio has been at odds with the NYC recovery with his own personal war against the US President, Donald Trump. This means that NYC will probably get very little federal funding for recovery, which appears to be a strategy employed by De Blasio in order to have a scapegoat if a total NYC failure occurs. De Blasio is pinning his hopes that President Trump loses the election and a new democratic president will be more accommodating to some of his more marxist propaganda, than President Trump has been in the past. While De Blasio has trouble finding money for NYC policing and trash pickup, he has an unlimited budget for yellow paint.

Following the George Floyd murder by police in downtown Minneapolis in May 2020, protests against Police brutality ensued all over the US. The protestors original goal was to put the officers who killed Floyd in jail and to send a message to police departments across the nation that Black people should be treated with respect. However, due to the shutdowns caused by the coronavirus, many protestors resorted to looting, stealing and other violent acts while stores were empty and unguarded. After the copious amount of reported violent acts that took place in NYC, many tourists are saying that they may never come back to NYC, which was once the most visited city in the country. Visitors now have the fear that they may be mugged, beaten or shot for being in the wrong place at the wrong time. Many of the small businesses and larger retail stores that NYC is well known for, are now boarded up to protect themselves against potential break ins and violent acts. Many stores may not reopen.

Remote working has now become the defacto standard for employment, which means that many employees may never return back to working in their physical office buildings. Quite a few of New York’s younger professionals have taken full advantage of the transition and have moved back into their parent’s homes to save money on rent while there is no need for them to be present at work in NYC. Older more established city dwellers have also moved out of NYC and have been purchasing homes in the suburbs nearby and some out of state entirely. Some reports show that nearly 17% of New Yorkers have already fled to other areas, primarily New Jersey, Connecticut and Pennsylvania, where housing is cheap and where the area affords a degree of personal safety.

With few locals left and virtually no tourism on the horizon, NYC faces a dilemma for live Broadway performances as there may be no audience left to watch them. City officials expect many Broadway landlords to declare bankruptcy and NYC faces the very possibility of returning to the bankrupt status of the 1980’s, where the streets became violent, drugs were openly sold and sex services of all kinds became the mainstay business of the city. Performance arts, and Broadway specifically, may not receive any local or federal supportive funding and live theatre could face a harsh new reality of extinction due to its dwindling in-person audience and post pandemic safety protocols that become a huge drain on their resources.

Small Businesses Expected to Close in the City

NYC anticipates that over 50% of all small businesses will never reopen after the pandemic. This creates a huge market of unrented retail and commercial  space, which may in turn force more city dwellers to leave the city that they have called home for so many years, in search of a more habitable environment. With huge amounts of unrented commercial space, large pockets of NYC are expected to become no-go zones where gangs reign supreme, which is much like the city was back in 1980, except during that time it was the NYC mafia that had the control of the streets.

NYC and Company Faces Hopeless Task of a NYC Recovery

The new team at NYC and Company, which is a pseudo government agency that attempts to promote tourism and commerce in NYC, is wholly unqualified for the troubled time ahead that NYC will face in coming years. It may be under their watch that NYC finally goes down the tubes, at least for now. NYC and Company, which is headed by Fred Dixon and is supported on the board by the vile Charles Flateman, is a wholly inappropriate choice for leadership in these troubled times. Even the limited skills of Nancy Mammana, Janette Roush, Kelly Curtin, Jerry Cito and Elan Cole will not help overcome the monumental challenge, which may be somewhat futile given the terrible circumstances they have been dealt. It also doesn’t help that these individuals have their own poor track records in troubled times and have only succeeded in times of plenty. What NYC needs now is a Winston Churchill or even an Abraham Lincoln, but not the current cadre of city hall sycophants.

NYC at Precipice of a Catastrophic Failure

With many years of an unqualified runaway success, it may be time for NYC to face its downturn in the anticipated cyclical paradigm of peaks and troughs. NYC has shown tremendous fortitude during significant past events and recoveries, that included the  9/11 terrorist attacks, but the COVID-19 pandemic could be its ultimate undoing with its drawn-out medical scenarios and poor city leadership. Five years on from now, NYC may have become an urban wasteland, but it will be ripe for a city renewal under new leadership and investment.

things to do travel

January 15, 2019 multisiteeditor Comments Off on Santa Con NYC : A Festive Day of Celebration or Christmas Hell?
entertainment things to do

September 5, 2019 multisiteeditor Comments Off on “American Dream” Brings Shopping and Entertainment to NYC Area
plan your visit things to do

January 30, 2019 multisiteeditor Comments Off on Things To Do In New York City
NYCVB

March 5, 2021 multisiteadmin Comments Off on NYC & Company – A Complete and Revealing History and More
food and dining

January 18, 2019 multisiteeditor Comments Off on Things To Do In New York City – For Under $10
entertainment

January 29, 2019 multisiteeditor Comments Off on New York City Tours
things to do

January 29, 2019 multisiteeditor Comments Off on Things To Do For Seniors in New York City