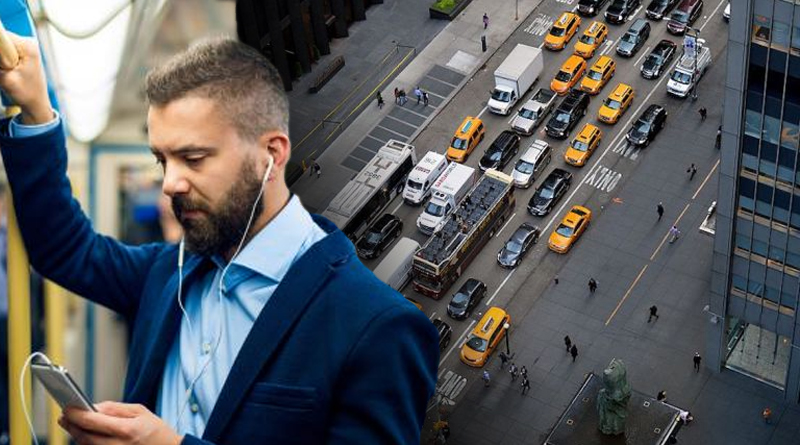 Get around New York by taking public or private transportation, such as a subway, bus, taxi, pedicab, town car, limousine, or even by foot.

What Is The Best Way To Get Around New York City?

There are many ways to get around NYC by public or private transportation, (such as subway, bus, taxi, pedicab, town car, limousine, or by foot), but just because they exist, doesn’t mean that you should use them. Getting the most appropriate transportation method is the best way to navigate NYC. Jumping in a pedicab to go 30 blocks or taking the subway for just one stop is clearly not a good idea.

Although the five boroughs of New York City occupy just under 305 square miles, it is the most populous city in the United States, and dense with over eight million people occupying it. Commonly referred to as “The City That Never Sleeps,” New York City is constantly abuzz with people on the move, and offers many options for getting around, both publicly and privately. Public transportation like the subway and bus are the most efficient and inexpensive ways of getting around town. The subway and bus routes stretch far and wide, and fill in where the other doesn’t reach. If you are in a hurry to get somewhere fast or need to bring a lot of luggage and you are willing to pay a more expensive fare, taking a taxi or town car may be best for you. If you do take a taxi or town car, be ready to brave traffic, especially if you are traveling through Midtown.

For a more leisurely experience, take in the sights and sounds by riding in a pedicab or simply walking to your destination. In your pursuit for transportation, a gypsy cab may try to pick you up, but they are best to be avoided unless you are absolutely stranded. In any case, be prepared to keep up with the pace of one of the busiest cities in the country.

Best Modes of Transportation in NYC

The MTA New York City Transit bus service operates in all five boroughs and uses about 4,500 buses. Many in the fleet are environmentally friendly hybrid-electric buses. Taking a bus around New York City is a great way to see the city as opposed to being underground on the subway, and an option for getting to places that the subway may not go. Like the subway, buses also run 24 hours a day, seven days a week. However, bus times vary and you may need to wait 10 to 15 minutes for one to come to your stop. Metro Cards can be used to pay for bus fare as well as exact change.

The Metropolitan Transportation Authority New York City Subway is one of the oldest, largest, and most extensive public transportation systems in the world, with 468 stations in operation. It’s a quick, easy, and cheap way of getting around New York City. The trains operate 24 hours a day, seven days a week, which is unique considering most cities’ public transit systems shut down over night. MetroCards can be purchased inside the subway stations at automated machines with cash, ATM bank cards, and credit cards. MetroCards can also be used to take New York City’s public buses.

If you are in a hurry and willing to pay more for fare, yellow taxi cabs are an excellent option for getting around New York City—unless there is heavy traffic. But when there is not, taxis can famously get you where you need to be in a snap, just hold on tight. Hail a cab by raising your arm at any taxi that has an illuminated sign on its roof, which indicates its availability. Taking a taxi is also a good option if you are traveling with heavy luggage, as the driver will gladly pop the trunk and assist you. It can also be helpful to call a cab company to have one pick you up at a preferred time.

Most New Yorkers do not own cars, instead relying on public transportation to get around and commute to work. It can be a challenge to find a parking spot and a headache when traffic gridlock or towing occurs. Therefore, driving around New York City is not the most effective way of getting around. If you are traveling in to visit by car, you may want to park outside the city and take a train in, or pay to keep your car in a parking garage in Manhattan while you explore.

If riding in style around Manhattan with private transportation is preferred, try taking a town car or limousine. Call a car service ahead of time and have them pick you up. One popular and easy to remember car service is Dial 7 Car & Limousine Service (212-777-7777).

A gypsy cab is a vehicle (not a yellow cab) that comes up to you on the street and offers to take you somewhere for a set price. Gypsy cabs can be unlicensed, uninsured, illegal in practice, and risky to take. It is not a car service that can be dialed or flagged down, but they will approach you. It is best not to take a gypsy cab, but there are times when it may be the only choice if the weather is awful or if you are not able to flag or even find a yellow cab on the streets of New York City. If you get into an accident in a Gypsy cab, buyer beware.

Certainly one of the more green and entertaining options, take in the scenery and beat the traffic by riding in the back of a pedicab through New York City. These bicycle-drawn carriages can carry two people comfortably, and can often be found in Central Park and Midtown. Pedicab drivers are often friendly and willing to help guide you to a place of interest or narrate your tour.

A great alternative to waiting for public transportation, paying fares, or sitting in traffic, New York City is a great walking city that’s easy to get around by foot. It can be surprising how quickly you can reach your destination in such a compact city. You can’t beat taking in scenery and getting exercise this way. However, there are etiquette rules for walking a sidewalk in New York City. Stay to the right if you want to walk slowly, which also applies to riding an escalator in the subway—stay to the right if you want a leisurely ride, or go to the left if you’re willing to hoof it. If you’re with a group, try not to crowd the sidewalk and allow room for people to pass. Don’t stop suddenly; it will anger those behind you. Always watch where you’re going, move quickly and accurately, look both ways before crossing the street, and watch out for pedicabs and bike messengers. Also, for best possible efficiency when walking on an avenue, walk in the direction the traffic is moving so you’ll be stopped less by Don’t Walk signs – yes someone did actually do the science behind this and it is 20% quicker walking with the traffic than against it.

January 22, 2019 multisiteeditor Comments Off on Parking Ticket Strategies in New York City
things to do

February 2, 2018 multisiteeditor Comments Off on Renowned Women of NYC
NYCVB

March 5, 2021 multisiteadmin Comments Off on NYC & Company – A Complete and Revealing History and More
things to do

January 29, 2019 multisiteeditor Comments Off on Things To Do For Seniors in New York City
entertainment

January 30, 2019 multisiteeditor Comments Off on New York City Comedy Clubs
things to do

January 28, 2019 multisiteeditor Comments Off on Things To Do In New York City For Kids
entertainment

July 23, 2018 multisiteeditor Comments Off on Broadway Show Tickets in NYC
entertainment things to do