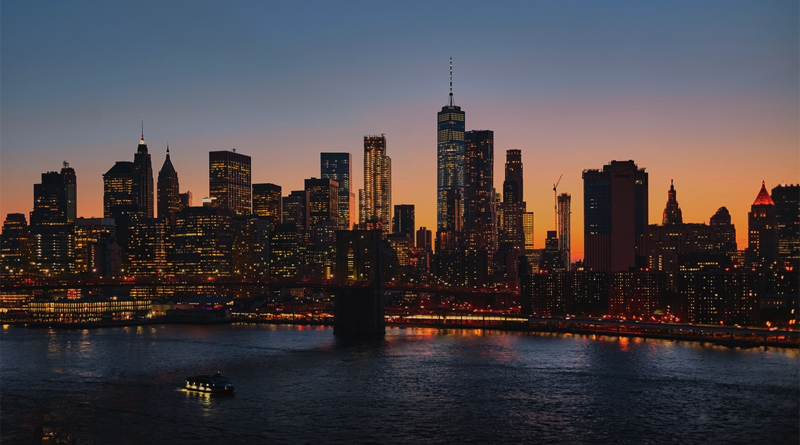 The Lower Midtown Manhattan area in New York City is comprised of five neighborhoods: Chelsea, Garment District, Murray Hill, Gramercy and Stuyvesant Town. These Lower Midtown neighborhoods are just below Times Square and Midtown, and each has a character all its own with plenty of sights near Lower Midtown hotels. Here, you can use our guide to find the best hotels in Lower Midtown.

Chelsea has plenty of townhouses and prewar co-op apartment buildings, hotels, large dance clubs and hundreds of art galleries that were converted from warehouses and factories. Designer boutiques like Alexander McQueen, Stella McCartney, and Christian Louboutin can be found near Lower Midtown hotels, as well as Chelsea Market, a ground floor level retail center and food court. Other Chelsea destinations in New York City include Chelsea Piers Sports & Entertainment Complex and The Hotel Chelsea (also known as The Chelsea Hotel), a cultural New York City landmark built in 1883, with a history of famous musicians and artists who stayed here, such as Jimi Hendrix and Janis Joplin, and its where poet Dylan Thomas died of alcohol poisoning in 1953.

The Game District in the Lower Midtown area of New York City is known as a fashion design and manufacturing hub, where Fashion Week takes place, the Parsons School of Design is located, and where many fabric stores and wholesalers of buttons, ribbons, and other embellishments are sold. The Garment District is one square mile in size and mostly commercial, and isn’t an ideal place to live. Penn Station and Madison Square Garden are in this neighborhood, which overlap into Midtown West. The Empire State Building, Herald Square, and Macy’s Department Store are also near Garment District hotels. Also worth checking out near Garment District hotels is the Fashion Walk of Fame and the large structure of a needle threading a button above an informational kiosk.

Murray Hill is between East 34th Street and East 42nd Street, from Madison Avenue to the East River, and is one of the smaller and less exciting neighborhoods in New York City. Murray Hill hotels are in a fairly residential community with several cultural and educational institutions, such as The Morgan Library & Museum, The Mexican Cultural Institute of New York, and Stern College for Women, Yeshiva University’s undergraduate women’s college of arts and sciences.

Gramercy is centered around the private Gramercy Park in New York City, and borders East 34th Street to the north, East 14th Street to the South, First Avenue to the East, and Fifth Avenue to the West. Gramercy is an expensive and exclusive place to live, with townhouses, co-ops and pre- and post-war apartments. The main things to see around Gramercy hotels are Union Square, Madison Square Park, the Flatiron building, Gramercy Tavern, and the Theodore Roosevelt House at 28 East 20th Street where he was born and lived until age 14.

Stuyvesant is a quiet residential community in New York City with a group of red brick apartment buildings located from First Avenue to the East River, to 14th Street bordering the South and Bellevue Hospital Center and New York University Medical Center to the North. Stuyvesant Town has a community center, putting green, and fountain in its central green park area, the Oval.

Gershwin Hotel is a Lower Midtown hotel in Chelsea in New York City. This budget hotel has original Andy Warhol artworks in a permanent art exhibit. The Living Room Club features theater, live music, and stand-up comedy. Wireless Internet access is offered throughout the hotel. Guestrooms come in a variety of shapes and sizes, from rooms with dorm-style bunk beds to family suites, with private and shared bathrooms.

The Wyndham Garden Hotel at Broadway and Fifth is a lower Midtown hotel located a half block from Madison Square Park and the Flatiron building in New York City. Wyndham Café E.R.L. serves all three meals in a casual environment. The hotel features a fitness and business center. The 124 guestrooms throughout 17 floors include modern decor, complimentary wireless Internet access, and 32-inch flat-screen TVs.

The Comfort Inn in Chelsea is a Lower Midtown hotel just one half block from Madison Square Park in New York City. This hotel offers complimentary continental breakfasts in the lobby, a business center, fitness center, and complimentary newspapers. The 97 guestrooms feature cable television, high-speed Internet access, and refrigerators. Pets are not allowed.

The Hampton Inn New York Chelsea is a block away from Madison Square Park, the Flatiron Building, and the famous Hotel Chelsea in Lower Midtown. The 144 guestrooms feature complimentary wireless Internet access, cable TV, clock radios with MP3 connection, microwave ovens, and small refrigerators. There is a fitness room on site and complimentary breakfasts available in the morning.

The Broadway Plaza Hotel is in Lower Midtown at Broadway and 27th Street, one block from Madison Square Park in New York City. A 4th floor lounge offers a complimentary continental breakfast and 24-hour coffee and tea. The 13-story hotel offers a 24-hour food delivery service from nearby restaurants. The 69 guestrooms include cable TV, wireless high-speed Internet access, and Pablo Picasso prints hung on the walls.

Gramercy Park Hotel is located across the street from Gramercy Park in Lower Midtown in New York City. The bohemian-themed luxury boutique hotel offers onsite Chinese restaurant Wakiya and The Rose and Jade Bar. Other features include a health club, spa, fitness center, and meeting space. The 184 guestrooms and suites have unique furniture and art, LDC TV screens, CD and DVD players.

The Carlton On Madison Avenue

The historic Hotel Chelsea is a famous Lower Midtown hotel built in 1883 in New York City. Guestrooms are available for short term or extended stays, and feature eclectic modern furnishings, plenty of natural light, cable TV, refrigerators, and select rooms have kitchens or kitchenettes. Complimentary wireless Internet access is available throughout the property and pets are allowed.

The Marcel At Gramercy

Thirty Thirty Hotel New York is a Lower Midtown hotel in New York City several blocks from the Flatiron District and Herald Square in Chelsea. Onsite is a cocktail bar, reception salon, and Zana’s Restaurant serving Mediterranean cuisine. There is a multi-lingual staff, business center, and Macres Florist in the lobby that can deliver. All 253 guestrooms have high-speed Internet access.

February 2, 2018 multisiteeditor Comments Off on Sports Bars in NYC: The Best Places to Catch a Game
things to do

January 25, 2019 multisiteeditor Comments Off on Free Things To Do in NYC
entertainment

January 30, 2019 multisiteeditor Comments Off on Things To Do In New York City
plan your visit

June 21, 2018 multisiteeditor Comments Off on Guide to New York City Parking Meters and NYC Parking Cards
things to do

March 28, 2019 multisiteeditor Comments Off on The Vessel Lands at Hudson Yards
travel

February 1, 2018 multisiteeditor Comments Off on Best NYC Wine Bars
things to do travel

February 2, 2018 multisiteeditor Comments Off on Renowned Women of NYC
entertainment

January 29, 2019 multisiteeditor Comments Off on New York City Tours
things to do

January 24, 2019 multisiteeditor Comments Off on A Guide to Tipping in New York City
things to do

July 27, 2018 multisiteeditor Comments Off on Top 3 Conventions in NYC